No items found.
Product is not available in this quantity.
1000
1
Free express shipping on all orders 🚚‍
The Flow>Breastfeeding shouldn't have to be private, but my vulnerability is 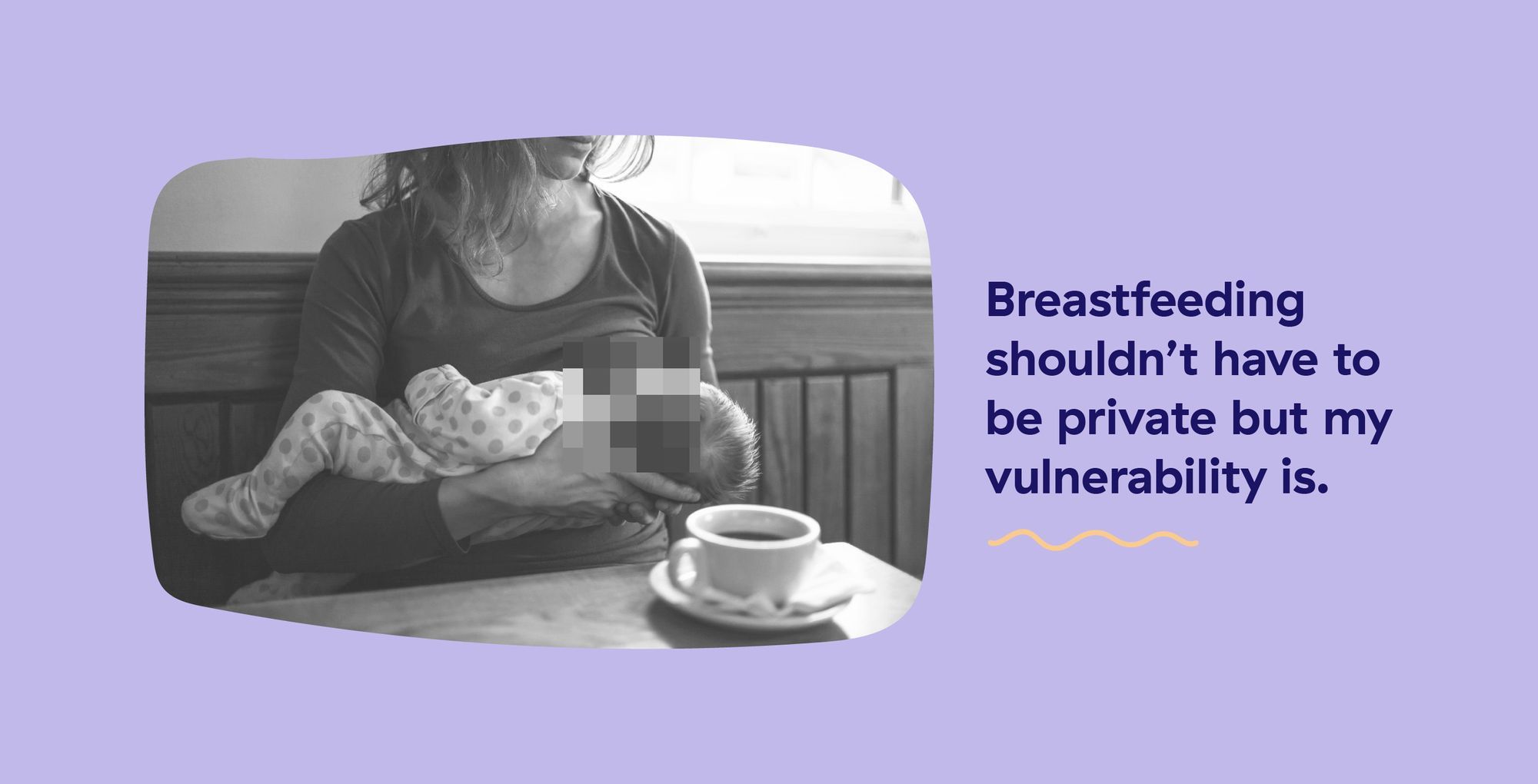 Breastfeeding shouldn't have to be private, but my vulnerability is

When I reflect on the first few weeks of breastfeeding my son I often wince with regret.

Thinking about how vulnerable and exposed I felt is painful. Not because of the experience itself – learning any new skill is hard – but because I refused to give myself the space and time to practise in private.

In those early days I regularly forced myself out of my comfort zone to feed in front of visiting family and even strangers in a coffee shop.

Having consumed as much positive breastfeeding literature as I could when I was pregnant, I had internalised the idea that public feeding was to be fiercely advocated for.

Now I believe there is a fine balance to strike for organisations that want to encourage and empower women to breastfeed publicly. The positivity movement that could be motivational for so many actually made me feel under pressure to fall in line.

The law in the UK where I live protects mothers who choose to feed in public and it is discrimination to treat a woman unfavourably because she is breastfeeding.

A spokesperson for Maternity Action, a charity providing advice for pregnant women and new parents, told me that some women cover up while breastfeeding, but some don't.

"There shouldn’t be a debate whether women should be covered while breastfeeding," they said. "People who are uncomfortable with the sight of breastfeeding should just look away.”

"Their discomfort is their problem."

But the protections of the law and encouraging words from charities don’t help individual women feeding in difficult circumstances.

The positivity movement that could be motivational for so many actually made me feel under pressure to fall in line.

Research by Swansea University in 2018 revealed that 40% of women who stopped breastfeeding after six weeks did so because they experienced discouragement, judgement and shaming when out in public.

The reality of feeding in front of other people is difficult.

In my first week of motherhood my home was full of visitors passing through.

As my baby started rooting and snuffling I'd feel the flush of embarrassment and his polite hints at hunger would soon become a red-faced demand for milk.

As much as everyone tried to go about business as usual, I felt like I was on show. My out of control body pulsing and leaking; the baby grunting and chugging down milk noisily.

My instinct was to head to my bedroom where I could take off my top, lie down, and concentrate on mastering this new skill. But I felt like I had something to prove.

Online I saw images of amazing women: out and proud, feeding publicly, eating a meal and socialising with friends. I wondered: Why should I hide this natural act?

In most public spaces in the UK the only place you can feed with a locking door is the toilet. Often, I had no choice but to battle through public breastfeeds.

Some days it was fine but others I’d feel inappropriate or exposed and would sweat with mortification. It was hard to rally the courage to stare down disapproving stares while engaging in such an intimate act of love and nourishment with my child.

Over 14 months, my son and I managed to confidently feed publicly many times.

But my favourite, defining, feeds were always in private: nestled together in blankets in the deep dark night, or sitting in our favourite chair by the window with nowhere else to be.

There is no right or wrong way to breastfeed but shaming women for using public bathrooms when it’s the only available safe space isn’t the answer.

Governments can doggedly promote the legal rights of women feeding their babies to try to increase statistics, but real change will come from a cultural shift towards normalising all kinds of breastfeeding mums.

Britain and Australia have some of the lowest breastfeeding rates in the world. With more diverse role models and the removal of shame and self-consciousness from the equation more women may feel able to breastfeed their babies.

Ultimately, like every choice about a woman's body, it is down to the individual to choose what they are comfortable with. But the options have to be available.

Normalising the messy truth of breastfeeding could help give a new perspective towards images of a cradled baby latched on perfectly to a neat, mostly covered, breast. That may be the reality of breastfeeding sometimes, but not always.

I want expectant mums to understand that their body looks normal during feeding. I want them to know that their baby is no different from countless others.

You shouldn’t have to cover up – but if you want to, all power to you.