Login
1000
1
The Flow>How easy is it to get The Pill around the world? 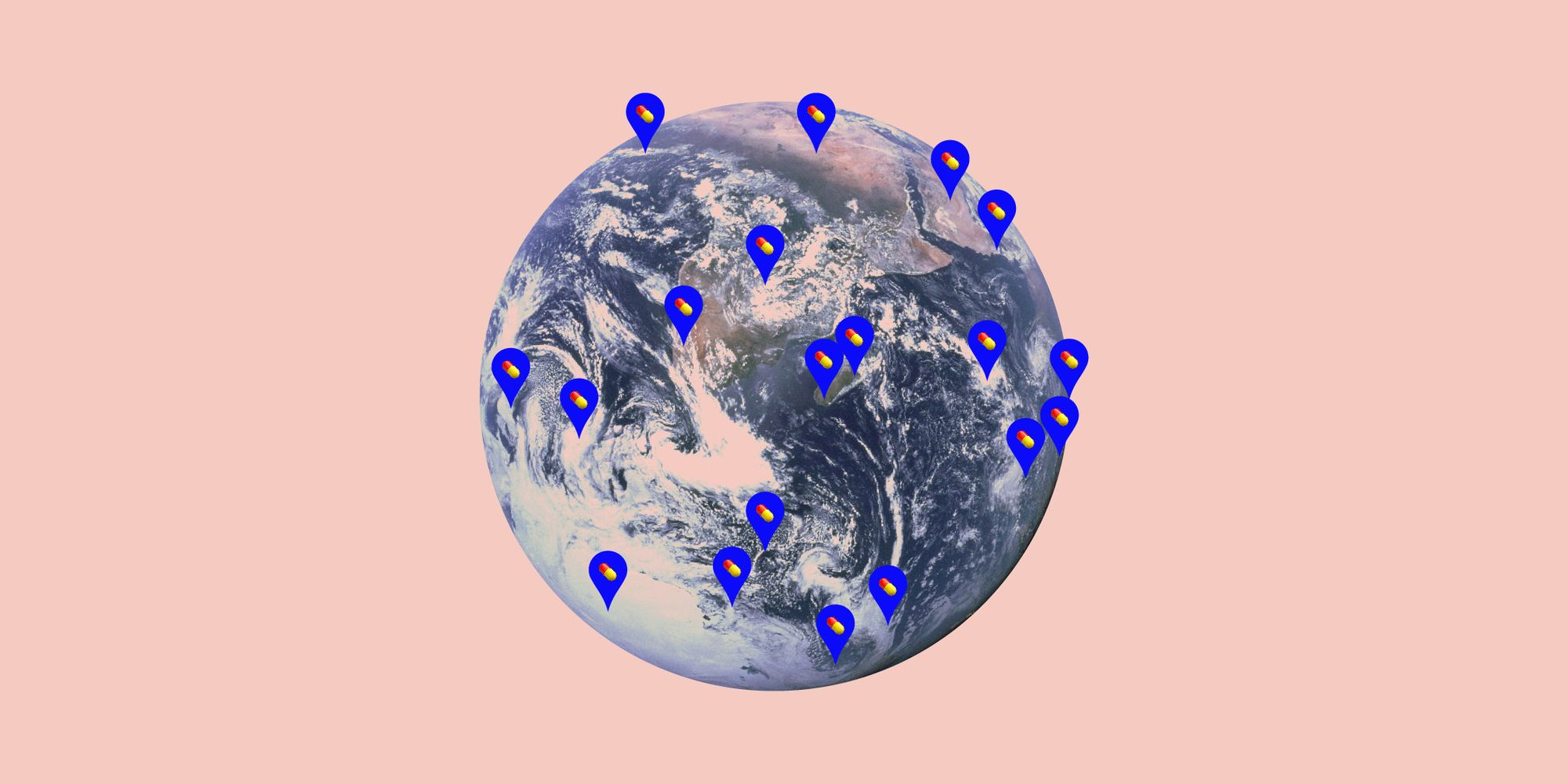 How easy is it to get The Pill around the world?

I started taking the oral contraceptive pill when I was 17. Most of my friends did.

The Family Planning Clinic was across the road from my high school in rural New Zealand, and the pill was provided for free on prescription to under-22s. This was almost 20 years ago, but it’s still the case in New Zealand: many contraceptives are free for under-22s, and cost a small amount for everyone else.

Teachers didn't bat an eye when we said we had to leave class early to go across the road. While I’m sure there were, and still are, sections of society that don’t approve of providing young people such easy access to contraceptives, my peers and I just considered it our basic right. We’d had sex education at school, and easy access to contraception seemed an extension of that.

I'm now 36 and have taken the pill, on and off, since then. I’ve never had any problems with it, but have had to go off it from time to time when my travels and location have just made it too hard to access.

After graduating from university in 2006 I left New Zealand and didn’t return (to live) for over 10 years, instead working, studying, and sometimes just travelling all over the place.

Only around 12% of US women take the pill, with sterilisation being a more popular form of contraception at 18%!

Spending time in various places has taught me a lot about access to contraception around the world, but some of my findings might surprise you.

The first time I went off the pill was when I lived in Japan for 18 months, in my early 20s.

Word among foreign women residents of Japan was that getting the pill was just too hard, so I never actually tried. First, there was the language barrier to contend with: the one time I did have to go to the doctor for a relatively minor test left me in tears after nurses instructed me to do things I didn’t understand, and then a doctor explained my problem in very broken English.

Other foreign women warned that getting hold of the pill was a rather invasive process. Indeed, the pill was only legalised there in 1999 (less than a decade before I lived there), and isn’t covered by Japanese health insurance. Only an estimated 1% of Japanese women of reproductive age use oral contraceptives, in contrast with 23% of New Zealand women and more than 40% of Australian women.

After Japan, I spent my mid-late ‘20s studying in the ACT.

As a student and a New Zealand citizen, I got a Medicare card, which gave me heavily subsidised and often free medical care, including contraceptives. As in New Zealand, getting access to the pill felt like my right, which I exercised without barriers. Thanks Australia.

While living in the US for 18 months, I went off the pill again. Although I had health insurance, navigating the American healthcare system is... complicated.

My health insurance company automatically set me up with a “primary care provider”, which is like a GP, but the waiting list for an appointment with them was nine months. So, getting the pill went back in the ‘too hard’ basket. Eventually, I figured out how to change my primary care provider and got an appointment more quickly somewhere else. But there were co-pays and out-of-network penalties to figure out, and receptionists who took one look at my insurance details and didn’t know what to do with them. I had to undergo a full internal exam to get a medicine I’d been taking safely for almost 15 years, which certainly felt like overkill. Even then, I could only be drip-fed one month’s supply at a time, and the pharmacy took careful note of the dates. My normal practice of skipping the sugar pills every couple of months wouldn’t work. Only around 12% of US women take the pill, with sterilisation being a more popular form of contraception at 18%!

The situation couldn’t have been more different, or less complicated, for me in India and Nepal, where I spent most of my early 30s.

In these developing nations, getting the pill is as simple as walking into a pharmacy, telling them what you want, and handing over less than a dollar for a month’s supply, or more if you decide you want a few months’ supply at once. Nepalis have access to five types of contraceptives for free. For me there was no need for a prescription. No internal exam. No health insurance issues. No problem. (Although of course it’s a good idea to see a doctor for periodic checkups, and I did).

Despite how simple I found access to contraception to be in these countries, I am a well-educated, assertive, “older” woman who considers contraception a right. However, getting hold of the pill is not necessarily so easy for local women, and that’s reflected in the figures. Around 5% of reproductive-age women in Nepal use the pill, although around 50% use some form of contraception, with implants and IUDs being common among married women.

In Nepal, sex outside of marriage is still very much a taboo, especially for women, and even among more Westernised sections of society. That doesn’t mean young people aren’t doing it, but they do keep it quiet. Formal sex education is inconsistently taught in schools, and typical Nepali parents don’t discuss sex with their kids at all.

Married women tend to have some knowledge of different forms of contraception as a child spacing method, but that doesn’t mean they always have easy access to it, especially in remote areas. Plus, there is still a stigma around its use, as well as resistance on religious grounds.

When assertive, younger, unmarried women do request contraception from their doctor, they’re often met with resistance, hostility, or judgment. So while getting the pill might be very easy if you know what you’re doing and what you need, most young Nepali women don’t have the knowledge or confidence to advocate for their needs.

It’s unsurprising that different countries have different rules and regulations around accessing healthcare of any sort, and contraceptive/reproductive healthcare in particular.

The sex education I received as a teenager in New Zealand normalised the taking of the pill to me and my peers, for better or worse. My sex education was actually totally unremarkable and I barely remember any of it, but the fact is: it happened. It was unremarkable because it was normal. And following that education, the New Zealand healthcare system allowed young women to easily access what they’d learned about in the classroom. I was educated, and empowered, to understand the need for contraception and what was best for my health and body. The power of that shouldn’t be underestimated.