No items found.
Product is not available in this quantity.
1000
1
Free express shipping on all orders 🚚‍
The Flow>The reality of miscarriage 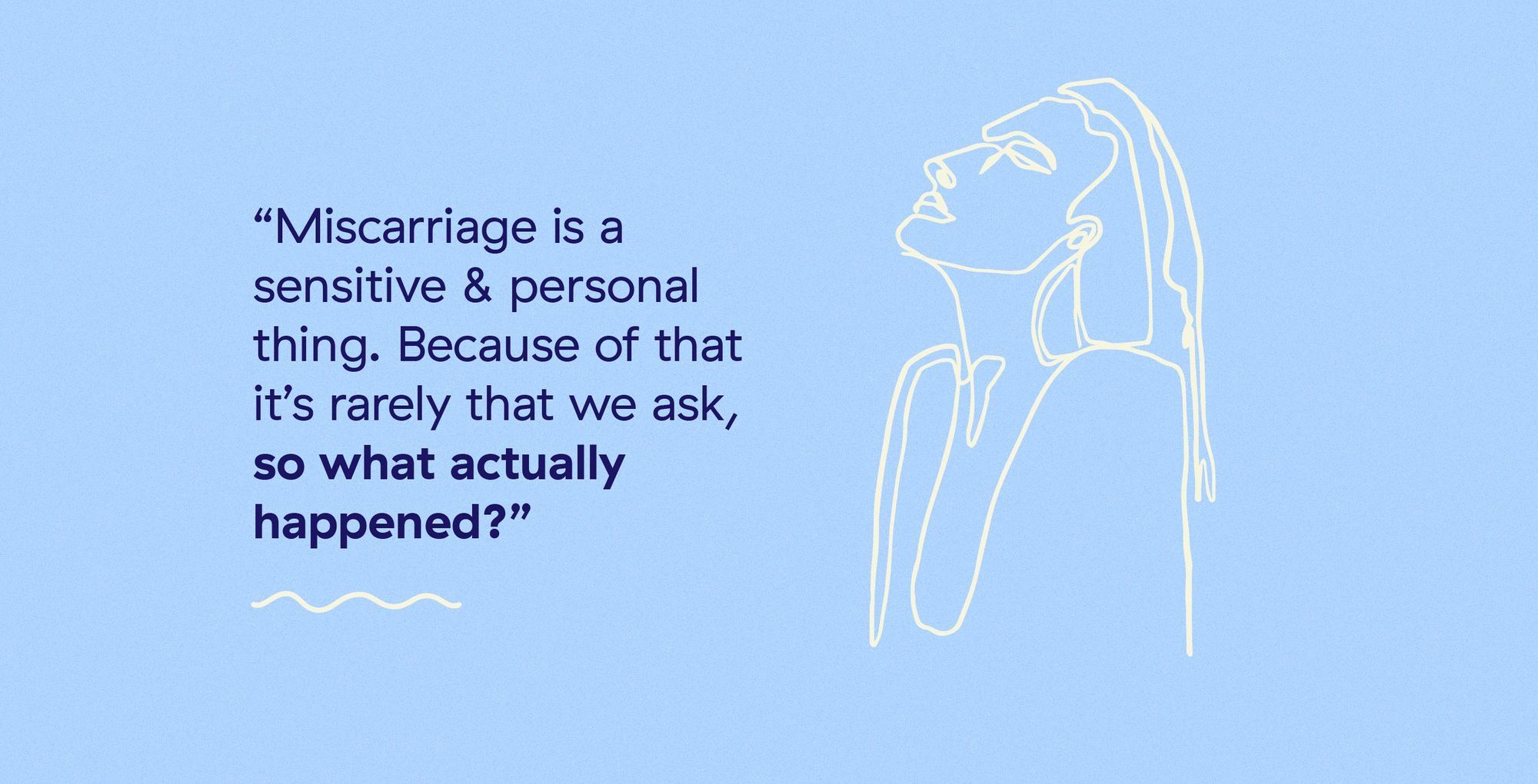 The reality of miscarriage

No best-selling books or medical journals can truly enlighten you to the reality of bringing a child into this world.

Until you’re trying to conceive it’s hard to understand how precious and fragile that journey is, but to suffer the heartache and pain of a miscarriage is another journey entirely.

When friends or family shared their loss with me, I wondered about their mental and emotional wellbeing.

Are they coping ok?

How are they feeling?

Will they want someone to talk to?

But miscarriage is a sensitive and personal thing, and because of that it’s rarely that we ask, so what actually happened?

Bleeding, labor pains, waters breaking, and even seeing the foetus are all potential realities of miscarriage. But rarely the first thing we think about.

In 2018, my sister had a miscarriage in her first trimester. Her experience shocked me and made me think about how many other people don’t know what truly happens to a woman physically. She and I wanted to share her story for anyone wishing they could ask, "what happened?"

My sister gave birth to her son six years ago, and after four years of wishing to conceive again, the good news arrived: she was pregnant.

“We thought this pregnancy was our miracle,” she told me recently, but by nine weeks gestation her usual pregnancy symptoms had subsided, and she felt something might be wrong. When small amounts of blood began to appear she knew it was time to go to the hospital.

After hours of waiting anxiously in Emergency she was finally taken to a room where two doctors performed separate ultrasounds in hopes of finding a heartbeat. It was here they confirmed her greatest fear: her little baby had died.

“In that moment it sunk in that there was no more hope, and that I had lost that sweet baby I already loved and envisaged as part of our family,” she told me.

The medical staff, who had seen this time and time again, offered her no comfort or support as she came to terms with the devastating news. For her, this only made her grief even harder to deal with in a room full of strangers.

For my sister, there were two options: have the foetus removed with what it is known as a curette, or wait for it to deliver. She chose to wait, preferring to do things as naturally as possible, later telling me that the thought of being able to deliver her baby felt like an important step to take.

Sitting in the passenger seat of her car two days later, she felt the first cramp. The pain was like early labor contractions, 10 minutes apart. Thirty minutes later her waters released, and the contractions drew closer together. After an hour they became so strong that she was contorting her body in her seat. Eventually, the pain stopped, and she felt the foetus fall out onto her pad.

“When I saw and held the sack in my hands, I broke down,” she said. “I was holding my tiny little baby in the palm of my hands . I kept staring at it, loudly sobbing in grief.”

After a week of period like bleeding, the physical process of delivering her baby had ended.

Some woman may experience bleeding and period like cramps for up to two weeks post miscarriage. It’s important to speak to a GP or the hospital to ensure all pregnancy tissue has been passed, because if it hasn’t then it may be required to be surgically removed through what is called a dilation and curettage (D&C).

Due to the nature of my sisters miscarriage, she was able to take the baby to the nearest hospital, where checks were made to ensure all the pregnancy tissue was there. Any pregnancy tissue left in the uterus could cause infection.

“Even though I went through all that pain, I was so grateful to deliver my baby,” she told me.

“I felt like it was an important step in my grief. To see that it was real. I got to deliver my baby and hold them in my hands.”

One of my sister's saving graces was when other family members spoke to her about their own experiences with miscarriage. She says she felt surrounded by love and empathy in the hardest moment of her life.

Research shows that one in five women will miscarry. When someone loses a child, they may never forget it. The way they remember the loss and the love they had for that baby, and the grieving process itself, is different for everyone. Although it can often be a long road, it’s imperative that those close to the mother and father listen, support, and work to understand – no matter how long that takes.

After all, sometimes that’s all you can do.