No items found.
Product is not available in this quantity.
1000
1
Free express shipping on all orders 🚚‍
The Flow>At what age should you start thinking about fertility? 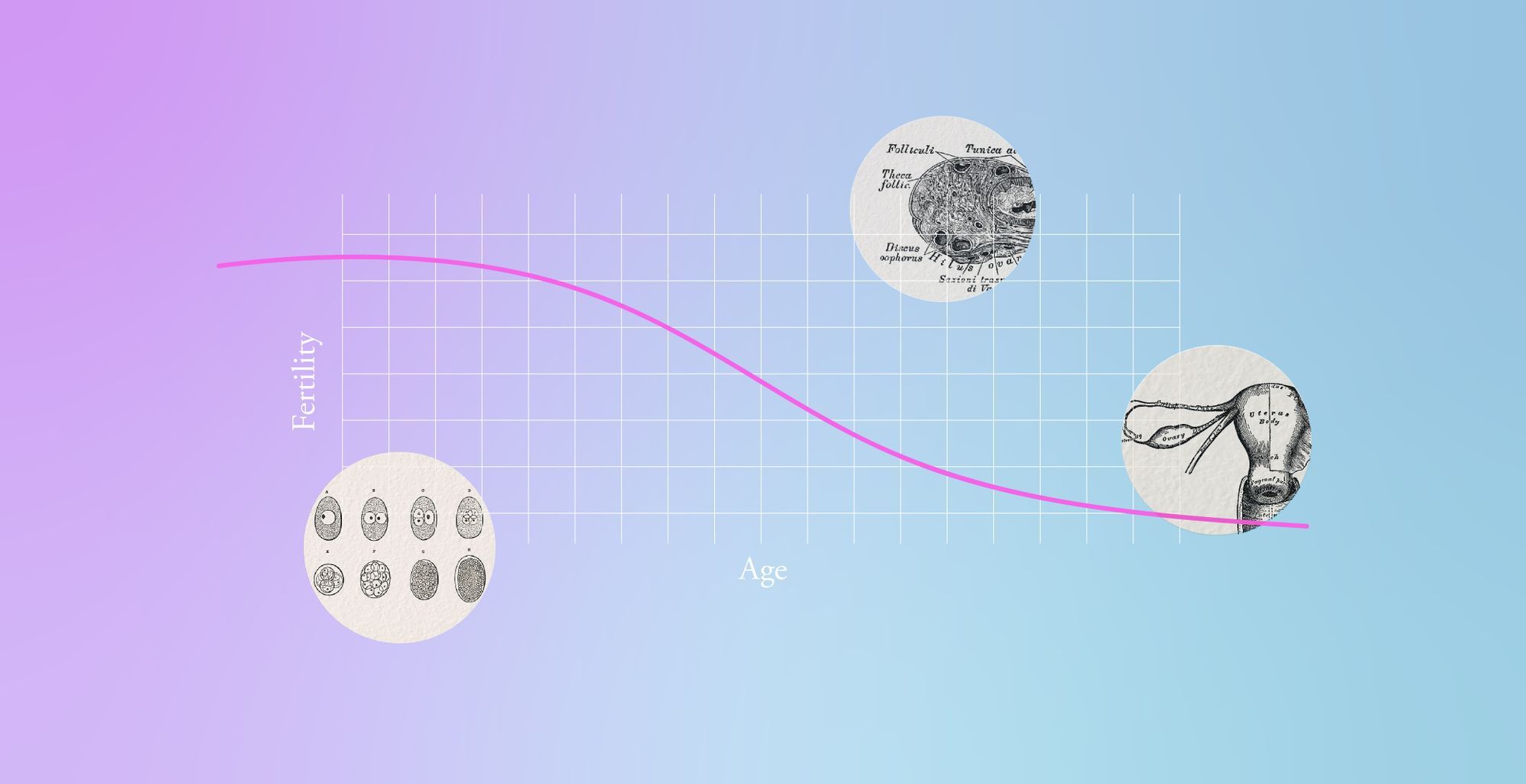 At what age should you start thinking about fertility?

Fertility is an anxiety-inducing word for many people. It's a topic that affects loads of us, and yet, conversations around the area tend to be limited.

Women are told their "biological clocks are ticking," but beyond that, few details are discussed openly.

It's a daunting feeling, especially now, when people across the globe are locked up in their homes, many of them presumably placing their fertility journeys on hold.

To gain some insight, we chatted with Dr Alex Polyakov, Clinical Director of Melbourne IVF at Royal Women's Hospital, and Edwina Sharrock, a registered midwife and the Founder and Director of online childbirth education service, Birth Beat.

Focus on the rule, not the exception.

Dr Polyakov and Sharrock both mentioned that the biggest misconceptions about fertility exist around mature pregnancies. According to these experts, many women assume that starting a family in their late thirties will be relatively straightforward.

This, Sharrock stressed, is partly due to the pregnancies of women in the public eye.

"Often when a celebrity, or a well-known person, manages to conceive at a more mature age, that then is shared publicly, and people think that's the norm," she said.

Unfortunately, the fact remains that chances of conceiving begin to "decrease gradually in [your] 20's and early 30's," according to Dr Polyakov.

This decline then accelerates around the age of 35 to 37.

Start planning as early as possible.

Thinking about fertility doesn't mean you need to become a parent before you're ready. But, as Sharrock pointed out, discussions are often left too late. She emphasised that family planning should begin when you start to talk about contraception with your GP.

By addressing these topics earlier, you will not only get a sense of what you want but what options are available to you.

"If you're thinking that it's not for you now, but you're concerned that you're ageing, you need to be tested. You need to have those conversations and explore your options," Sharrock said.

Don't be disheartened by egg-count.

If you've started your fertility education by measuring your egg-count, remember this is only one element. The result won't necessarily dictate how your experience will go.

As Sharrock put it: you only need one egg at the end of the day.

Dr Polyakov added that while egg count tests can help indicate how successful in vitro fertilisation (IVF) might be, they're less relevant for those attempting to conceive naturally.

We should talk about egg-freezing more.

Egg-freezing is a procedure that many folks consider a safety net. If parenthood is not on the cards yet, the ability to keep your healthy eggs on ice (literally) can be a real source of comfort.

However, as Sharrock shared, there is a level of shame attached to egg-freezing. This stops people from speaking about it, and seemingly leads to gaps in knowledge about the process.

According to Dr Polyakov, people should be aware of a few barriers to this practice. Costs can be significant and age still plays a part. "Somewhere between 30 and 35 years old is probably [the] ultimate time to consider egg freezing," he said.

He also pointed out that statistics show only about one-in-ten women use their stored eggs: "Others either find partners to have children with, or choose not to have children of their own."

Ultimately, Dr Polyakov stressed that your best bet is speaking with a fertility specialist to see what's right for you.

Age can impact the pregnancy experience.

While no two pregnancies are the same, Dr Polyakov shared that almost all potential complications become more likely with age. "This increase is particularly pronounced over the age of 40," he explained.

Additionally, Sharrock highlighted that older, higher socio-economic women are more likely to experience post-natal depression and anxiety. It’s certainly not a given, but like any other risk, mental health is something to be mindful of. (If you’re concerned about perinatal anxiety and depression, The Gidget Foundation can provide support.)

In more positive news, however, Dr Polyakov did state that general health impacts your fertility, too. To increase your chances of a positive experience, he recommended following a healthy lifestyle. Namely: avoid smoking or using drugs; limit alcohol consumption; eat a balanced diet, and exercise regularly. Pretty basic, right?

The truth is that every fertility journey is different. There’s no "golden age" that suits every mother-to-be. The general rule to keep in mind is the earlier you start reviewing your options, the better.

If you know you’d like children but aren’t sure when, there’s absolutely no shame in asking a few questions. Getting informed is your greatest asset here, so you might as well do so to the best of your ability, as early as possible.