Login
1000
1
The Flow>Why is it still so hard to get endometriosis taken seriously? 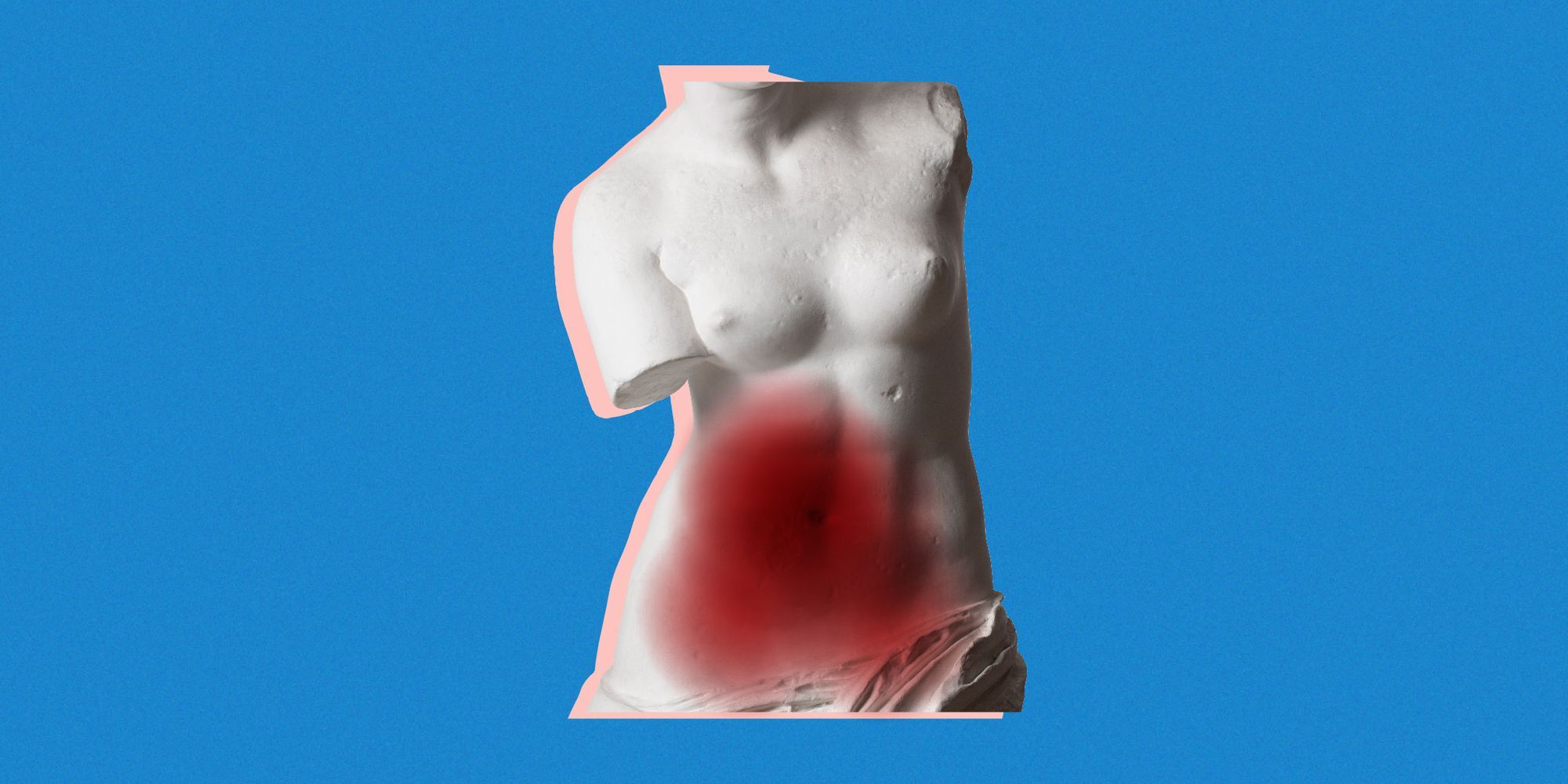 Why is it still so hard to get endometriosis taken seriously?

A short video about periods makes its way onto my newsfeed. There is a woman lying face down on the floor, moaning in pain. Inspirational music swells in the background as a man (assumed to be her husband) enters the room with water, a heating pad, and some paracetamol. He sets them on the floor by her face as the music fades away. Text pops up on the screen: “My wife has extreme period pains...”

The tone was sweet and cutesy, but it read to me like a piece of horror. I knew the woman consumed by her own pain wasn’t just experiencing a “normal” menstrual cycle, and yet a period that left her immobile and face down on the floor was being treated as run of the mill.

This commercial is only one example of a phenomenon we should all, by now, be well aware of: people who menstruate have been served a major disservice by the way their painful, heavy, and frequent periods are treated as the norm.

The unfortunate truth is that many reproductive diseases are difficult to get diagnosed, and many sufferers are left to their own devices, face down on the floor with a hot water bottle and a few painkillers.

Men’s pain is much more likely to be legitimised and treated than women’s. Women are far more likely to experience chronic pain than their male peers, but are less likely to be taken seriously by medical professionals. It wasn’t that long ago that women with any number of complaints were diagnosed with hysteria. It was a catchall for the pain male physicians couldn’t quite wrap their heads around: the physical and biological pain that comes from being a woman. Although the medical field has improved since those days, pain sufferers still face a world where validation is scarce and diagnoses are even scarcer.

Endometriosis – when the tissue that lines the inside of the uterus is found growing, instead, outside of it, is one of the many painful diseases women have a hard time getting taken seriously, despite it affecting nearly 200 million women worldwide. It is typically found on reproductive organs, but has also been found to grow on the bladder, intestines, and surgery scars. Being diagnosed with endometriosis is a notoriously frustrating and lengthy experience.

It’s not fatal, but it can cause a lifetime of abdominal pain, heavy periods, and even infertility.

Reina Sulton, a 25-year-old woman living in the United States, told me she had experienced extreme pain that came with her period from the age of 11. It would last up to nine days, and was often so painful that she stayed home from school. Despite frequent complaints to her doctors, she wasn’t diagnosed until age 23, when an ovarian cyst that had gone previously undetected ruptured, and another was found on the opposite ovary.

The road to getting a proper endometriosis diagnosis can be long and difficult. The majority of patients are diagnosed through laparoscopy—a surgical procedure where a long, thin camera is inserted through an incision in the abdomen.

Obtaining a diagnosis takes an average of ten years, and in that time patients often see a number of doctors before even learning about endometriosis.

“It's incredibly frustrating,” Reina told me. “It's annoying to know that I've had this disease for so long, but my pain was considered a normal part of womanhood.”

Many people who menstruate grow up hearing horrid tales of period pain. Excessive bleeding, painful cramping, and pain with intercourse—all symptoms of endometriosis—are often treated as part of the deal. That normalization makes pain sufferers question their own experiences, and makes it far less likely those experiencing symptoms will reach out and ultimately get help.

Kaye Sedgwick, a 38-year-old living in the UK, says she complained to her doctor about painful, heavy, and frequent periods as a teenager. She was told by her general practitioner she would grow out of it, or that the symptoms would resolve when she inevitably gave birth as an adult. She lived with the symptoms for ten years, believing it was all in her head and that her pain was exaggerated. When her regular doctor was on leave, the temporary replacement referred her to a gynecologist who diagnosed endometriosis.

Kaye’s experience is hardly an exception. Medical bias causes many people who menstruate unnecessary pain and misdiagnoses. Despite women making up 70% of chronic pain sufferers, most pain studies are conducted on males. Women are less likely to be prescribed painkillers, are more likely to be misdiagnosed or discharged while having a heart attack, and often wait longer in emergency rooms.

“Most of the time it felt like I was screaming into a void,” said Kaye. “After my diagnosis I was incredibly angry and felt I’d been let down.”

It’s not just the physical burden of chronic pain either: Kaye now sees a counselor to help work through the anger and resentment she feels after her journey to being diagnosed with endometriosis.

Groups aimed at increasing awareness and fighting for better medical attention have popped up all over the world. While awareness of endometriosis grows, resources don’t seem to be catching up. The United States has been cutting funding for endometriosis since 2016, and its research is among some of the least funded. Endometriosis isn’t considered fatal, it just leaves people suffering a lifetime of debilitating pain. It seems some systems are just fine with that.

“Am I hopeful [for the future of endometriosis patients?] Not really,” said Reina, who has had to delay her own excision surgery due to the COVID-19 pandemic. “Pain issues that involve reproductive organs are so rarely taken seriously. It feels like a low priority for people right now.”

Although awareness is growing in the public, the same seriousness is lacking from medical professionals and research institutions. That makes the future seem grim. And when you’re facedown on the floor in pain, armed with a handful of Tylenol and a hot water bottle, it’s a future that feels much too far away.