No items found.
Product is not available in this quantity.
1000
1
Free express shipping on all orders 🚚‍
The Flow>What to Know About Cycle Syncing 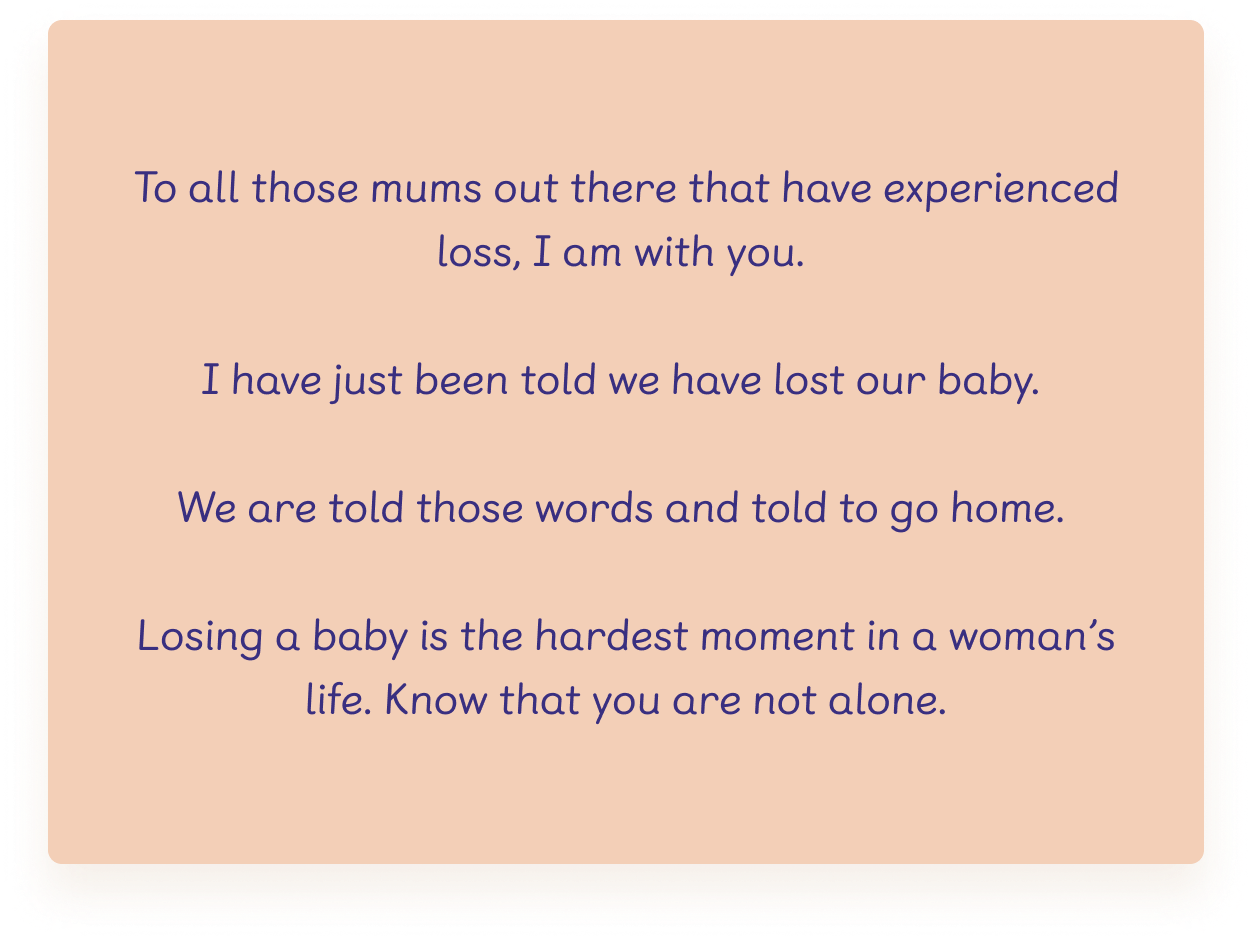 What to Know About Cycle Syncing

It’s probably safe to say that a lot of women have negative associations with their periods.

In fact, up to three quarters of women suffer from symptoms of premenstrual syndrome, and as many as 91 percent of women experience period pain.

But some health experts say these problems are avoidable. In fact, they even say that paying close attention to your cycle, and adjusting things like your diet, exercise routine, work habits, and sex life, can help you to take advantage of your hormonal changes.

Read more:
Pads, painkillers, and unpaid leave: the hidden cost of periods
Why do I experience breakthrough bleeding on The Pill
Can I have sex on my period?

The practice of tracking your menstrual cycle, and structuring certain aspects of your life around it, is known as cycle syncing. This concept was invented by nutritionist Alisa Vitti and introduced in her book WomanCode, which describes the little-acknowledged ways hormonal fluctuations affect women through the month.

While many “life hacks” revolve around scheduling things during certain times of day, Vitti argues that this is based on men’s hormonal changes, which fluctuate throughout the day, and that women’s experience has (as usual) received less attention.

Since women’s hormonal changes follow a monthly cycle, Vitti believes that women can get ahead in their health, careers, and relationships by planning their activities around the time of month instead.

For example, during ovulation — about halfway between periods — women tend to be more energetic and magnetic. According to Vitti’s book, this period aligns perfectly with women being more likely to achieve success with big moves in their work lives, like asking for raises.

During your period itself, it’s often beneficial to slow down and reflect on your life, taking advantage of improved communication between your brain’s right and left hemispheres.

But what exactly is the science behind this, and is it effective? Here’s what you need to know if you’re thinking of trying cycle syncing.

Reproductive endocrinologist Aimee Eyvazzadeh tells me that cycle syncing is based on a real concept known in medicine as reproductive physiology.

There’s research to back up the idea that women’s physical, emotional, and mental states fluctuate throughout the menstrual cycle. One study in the Journal of Psychosomatic Research, for example, found that women’s happiness, energy, and stress levels changed throughout their cycles, while another in the International Journal of Eating Disorders found that women were more prone to emotional eating before and during their periods.

“Almost every aspect of your life can be affected by where you are in your cycle: your sex life, appetite, metabolism, and mood, just to name several,” says Eyvazzadeh.

“This concept doesn't get stated enough. When I ask women in my office if they know what cycle syncing is, one out of 20 will know what this means. What kills me is when I meet women who have been trying to get pregnant, and they don't know anything about their hormones, ovulation, and how they all work together to make a menstrual cycle.”

Of course, much of the research on cycle-syncing is still in its infancy, and the approach has also been criticised for the dedication (and cost) it may require from a patient.

Cycle syncing takes a lot of effort from the individual, and requires a keen and consistent approach. In 2019, Dr. Elizabeth Fino – a reproductive endocrinologist and infertility specialist – told the New York Times people should be prepared for the expense (and time) cycle syncing requires. Many modern birth control methods can also regularise periods, and, depending on your lifestyle, may be more suitable for you.

At this stage, it's probably best to think of cycle-syncing as more of a self care habit than a scientific one, and any claims that spending large amounts on vitamins will "solve" hormone-related issues probably don't add up.

Read more:
How tracking my cycle finally gave me answers.

Some people have had success eliminating period problems with cycle-syncing. Meg Calvin, a 33-year-old in Kansas, helped her PMS this way.

“The week before I would start bleeding, I would be really bloated and have a rollercoaster of emotions and breakouts and cramping,” she told me. After eating according cycle-syncing recommendations ,and scheduling time for extra rest during this week, she no longer experiences these symptoms.

Alex Leviton, an author in Seattle in her '40s, uses cycle syncing to reduce period pain and other symptoms of endometriosis.

She exercises more, avoids sugar, and eats more iron-rich foods toward the beginning of her cycle and includes more citrus and leafy greens in her diet toward the end. “I realized how sensitive my body was, and I both added positive factors and removed negative ones,” she explains. “My ability to function depends on this.”

However, this all comes with the caveat that women vary, so you should listen to your body over your app. You could even keep track of changes in your energy, sex drive, and other aspects of life during your menstrual cycle, and plan your month accordingly. For example, if you notice cravings for certain foods during a particular point, you can make sure to have healthy versions of those foods around in advance.

According to Vitti, one of the most impactful ways to cycle sync is to change your diet throughout your cycle.

Because of metabolic changes that occur over the course of the month, most women need more calories during the second half of their menstrual cycles — that is, between ovulation and menstruation. During this time, you’ll want to eat more complex carbohydrates than usual to stabilize your blood sugar.

Because your estrogen levels increase during your ovulatory and luteal phases, you may also need extra cruciferous vegetables and leafy greens to help with your estrogen metabolism.

“Basically, what you need to do is to feed the liver,” Vitti tells me. This requires extra vitamin A, B, C, and glutathione.

During your period itself, foods with fatty acids, like salmon and avocado, can help keep your mood stable, and root vegetables like carrots and beets can help provide much-needed vitamin A.

Just as your changing hormones affect your dietary needs, they also affect how much and what kinds of exercise you should be undertaking. In the first half of your cycle, for example, you have lower cortisol production and a slower metabolism, which makes this an ideal time for cardio workouts and high-intensity interval training.

“That hormonal combination will create a situation in which you burn stored fat efficiently for fuel and you will build lean muscles more easily,” says Vitti.

After ovulation, you experience the opposite — your metabolism and cortisol production speed up — so you’ll have more success with strength training then. Intense cardio and high-intensity interval training during this time can be counterproductive, leading to extra stored fat and decreased muscle mass. You’ll get more out of gentler workouts, like yoga, pilates, and walking.

One of the most interesting ways your body changes throughout your cycle has to do with your sexual preferences and behavior.

During ovulation, women not only experience an increased interest in sex but also have more sexual fantasies. They may even be more likely to fantasize about having additional partners outside their relationship, according to some research.

This means that if you’ve been wanting to experiment with different fantasies or kinks, ovulation may be a good time to do that, says sociologist and clinical sexologist Sarah Melancon, PhD. Of course, you’ll also want to be extra careful about birth control, since you’re at your most fertile.

The week after ovulation, during the luteal phase, some women’s fantasies become more emotion-centered, which means romantic sex may be especially appealing. You may also need extra foreplay or lube during this time, since you’re not as readily aroused.

How to cycle sync

The simplest way to cycle sync is to track your period using an app or old fashioned calendar. If the idea feels overwhelming, try starting with one element of your life, like your diet, and gradually adding more as you get comfortable with the process.

But you’ll likely have your own unique changes throughout the month that cannot be fully predicted by an app. So, if you want to get a clear sense of how your individual cycle works, you can journal.

“It's ideal to track this over a few months, because you'll start to see patterns emerge over time,” says Melancon. Most apps will let you log changes you experience within your app, or you can jot them down separately.

Importantly, cycle syncing won’t work as well if you’re on hormonal birth control, as this form of contraception essentially shuts off your cycle.

While cycle syncing is still a fairly new concept, and may not even be an exact science, the basic idea of doing what’s best for each phase of your cycle has potential. At the very least, paying attention to your own patterns, and planning ahead for those changes, can make your period an easier experience.