Login
1000
1
The Flow>Guide to Understanding PMS 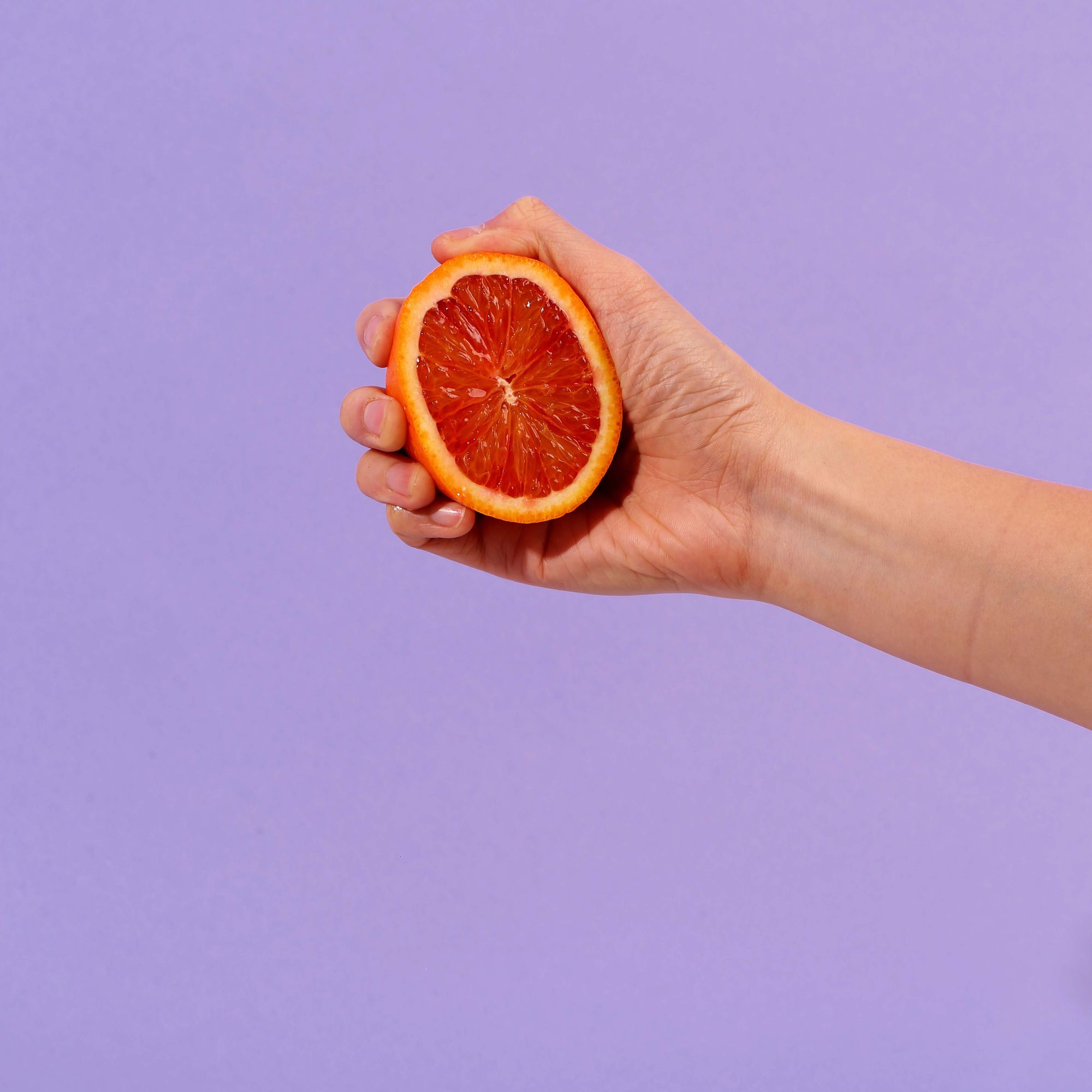 Do you have symptoms that seem to happen like clockwork every time you’re about to get your period? Irritability, crying spells, aches, bloating, the list goes on. But once your period arrives - poof! ✨-  these symptoms seem to disappear almost instantly or at least a day or two after?

That, in a nutshell, is PMS, also known as Premenstrual syndrome.

PMS is defined as a collection of physical and/or psychological symptoms that cyclically (meaning repeat) occur in the luteal phase, the second half of your menstrual cycle.

The amount of pain you feel and the symptoms you experience can change cycle to cycle and can vary greatly between women.

The causes of PMS is not yet well-defined and is a hot topic in the medical research field. The lack of understanding in the past has led to "PMS" becoming a catch-all phrase in pop culture to describe anything related to female hormone issues and emotional episodes.

This needs to change, and thankfully, it's starting to.

As further research and conversations surface, we’re beginning to understand more about PMS symptoms, why they are happening, how to manage them, and knowing when our bodies could be telling us its something more serious.

There are over 150 symptoms associated with PMS. All of which can affect how we’re feeling, what we’re thinking and our behaviour. It’s no wonder why we’re often not feeling ourselves when our period approaches. But the nature and frequency of the symptoms can vary greatly.

Some women have predictable PMS symptoms every cycle, others seem to have potluck.

Roughly 80-90% of women with PMS say their most common emotional symptoms are irritability, depression, mood swings and anxiety. And, 50% of women report difficulty in concentrating and forgetfulness. On the physical side, the most common symptoms include bloating, headaches and breast tenderness.

These symptoms begin in the luteal phase of your menstrual cycle which is the second half of the menstrual cycle. PMS symptoms start to drop in from Day 14 of a regular 28 day cycle, and can continue right up to a few days after bleeding has started.

There are other factors at play here too. Things like travel, illness, stress, weather changes and other environmental factors may affect ovulation, length of menstrual cycle and the severity of your PMS symptoms.

There’s no single clear theory yet to explain exactly what causes PMS. But there is evidence which suggests it has something to do with how much our reproductive hormones fluctuate when we ovulate and how they impact the neurotransmitter systems in the brain.

Let’s break this explanation down.

PMS symptoms can begin in the early, mid, or late luteal phase. Which is from day 14 of a typical 28-day cycle.

When we ovulate, our ovaries produce high levels of progesterone to start preparing the body for pregnancy.

At the same time, women become susceptible to physical and emotional PMS symptoms such as mood swings, breast tenderness, bloating, headaches and constipation.

The reason why this happens is due to the small changes in oestrogen and progesterone levels in the body. Once they start fluctuating, it starts to affect the chemical messengers in our brain.

Which chemical messengers are we talking about? There’s three.

Oestrogen directly influences the neurotransmitters of serotonin and dopamine. When oestrogen levels are low, this affects the levels of serotonin which can give rise to PMS symptoms around mood and behaviour.

Progesterone fluctuations have been thought to affect how the GABAergic system functions. When the GABA chemical messenger is affected by these fluctuations, it can’t do its job properly in reducing stress, balancing moods and helping the body relax.

While this does provide some answers as to what factors may contribute to certain PMS-like symptoms, the underlying cause of PMS is still unclear. But the good news is there are ways you can treat the symptoms.

💆🏼The Non-Medical Ways to Treat PMS

We may not be able to tell you exactly what causes it, but at least we can explain ways you can show PMS who’s boss 👊🏼.

Studies have found three sessions per week for 60 minutes of aerobic exercise is effective in reducing the symptoms of PMS. So start scheduling in some brisk walks, swimming, running or cycling into your diaries. The other benefit is that exercise increases endorphins which helps reduce stress.

🧘🏼‍♀️ Getting some zen

We naturally want to retreat when our period approaches which is likely the PMS at work. Perhaps this is one where you need to give into this urge and take up some mindfulness exercises, meditation or practice some yoga.

We love sleep, yet most of us struggle to get enough of it. Unfortunately, one of the PMS symptoms some women experience is insomnia. To combat the nightly tossing and turning, focus on getting enough exercise to encourage deep-sleep, avoid alcohol and keep a sleep diary. Knowing when you struggle with sleep might be able to help you plan your life a bit better around that (i.e avoiding any early morning meetings where your brain isn’t quite awake yet).

Heat provides temporary relief of physical discomfort such as abdominal cramps and back pain, and helps the body de-stress.

CBT is a non-drug based therapy that can help women find new ways to behave by changing their thought patterns. In this case, it helps women navigate their behaviour and emotions related to PMS. Studies have experimented with this theory and found there was a significant difference in psychological symptoms before and after the therapy.

While research on the effectiveness is limited, there are studies which suggest acupuncture can help with both mood and physical related PMS symptoms.

💊The Medical Ways to Treat PMS

There are two main approaches to treating PMS medically:

How does serotonin targeting work?

The drugs that have the best proven efficiency and safety are SSRIs (Selective Serotonin Reuptake Inhibitors) which is a type of antidepressant medication. Typically the benefits are seen from the first cycle and if not, the dosage is increased. SSRIs work better for combating mood related symptoms as opposed to physical related symptoms.

SSRIs can be taken in 3 different ways:

Continuous: This is generally recommended for women who have severe emotional symptoms such as depression, anxiety, anger and mood swings that happen all cycle round, not just exclusively to premenstrual time.

Luteal phase only: When the medication is taken from day 14 of the cycle (start of ovulation) until the beginning of the period.

Symptom-onset: Taken at the first sign of PMS symptoms and continued until a few days after bleeding has started.

What are the side effects of SSRIs?
Side effects are dependent on the dose but the most common include nausea (which usually resolves within 4 to 5 days of starting therapy) , headaches, insomnia and decreased libido.

You may end up trialling different ones to see which ones work best for you and it’s entirely dependent on your symptoms and your cycle. Your doctor can help you decide if this is the right option for you.

The COCP (Combined Oral Contraceptive Pill) is used to suppress the changes in ovarian hormones. These hormones have a direct effect on the changes to the chemical messengers in our brains we mentioned earlier: dopamine, serotonin and GABA.

Your doctor may suggest you start a trial using a 4 day placebo period as opposed to a 7 day as these seem to be more effective. If that’s the case, you might be put on a lower dose COCP to begin with. If symptoms persist or you get continuous spotting, your doctor will increase the dose.

If symptoms continue after increasing the dose, your doctor may talk to you about taking the pill continuously without the placebo pills.

Side effects can include weight gain, breast tenderness, headaches and nausea. To learn more about the pros and cons of the COCP, skip to that section in our contraception guide.

👩🏼‍⚕️ How is PMS Diagnosed?

While there is no concrete way to positively diagnose PMS, Doctors still work to establish a premenstrual pattern in order to help you find a way to treat your PMS symptoms.

They need to understand if the symptoms you’re experiencing have a relationship with your menstrual cycle. They’ll delve into questions related to your sexual health, menstrual cycle, and your mental health.

The best way for you to be prepared for this discussion is to start tracking your symptoms in a diary (or find a period tracking app) so you have some anecdotal evidence.

Tracking your cycles gives you answers around the length and regularity of your cycles, what types of symptoms you have and the severity of them and how they impact your everyday life.

Beyond your symptoms, your Doctor will also ask about your mood in general to make sure your symptoms aren’t indicating something more serious such as depressive or anxiety disorder. A blood test may be required to rule out any potential medical issues that could be causing the symptoms too.

It’s really important that you don’t put this conversation with your Doctor off. PMS has a significant impact on the lives of women all over the world. And despite the growing awareness, there is still a lack of knowledge about the necessity to consult a doctor or seek treatment for PMS symptoms.

😶 Don’t Hold Back On Details

On an even more serious note, while PMS is super common there’s actually a less common (more severe) disorder that affects about 15% of reproductive women. It’s called Pre-Menstrual Dysphoric Disorder (PMDD for short).

PMDD is very different, and far more severe than PMS. It’s now officially recognised in the DSM-5 - the American Psychiatric Association’s classification system which is widely used in Australia.

We strongly encourage you to learn the differences between PMS and PMDD not only for yourself, but for the women around you.

Every woman's fertility journey is unique. But when it comes to dealing with something as common as PMS, the more detail we reveal, share, and discuss, the more knowledge we'll have to make more informed choices about our health.