No items found.
Product is not available in this quantity.
1000
1
Free express shipping on all orders 🚚‍
The Flow>Coffee and breastfeeding: What you need to know about the potential risks 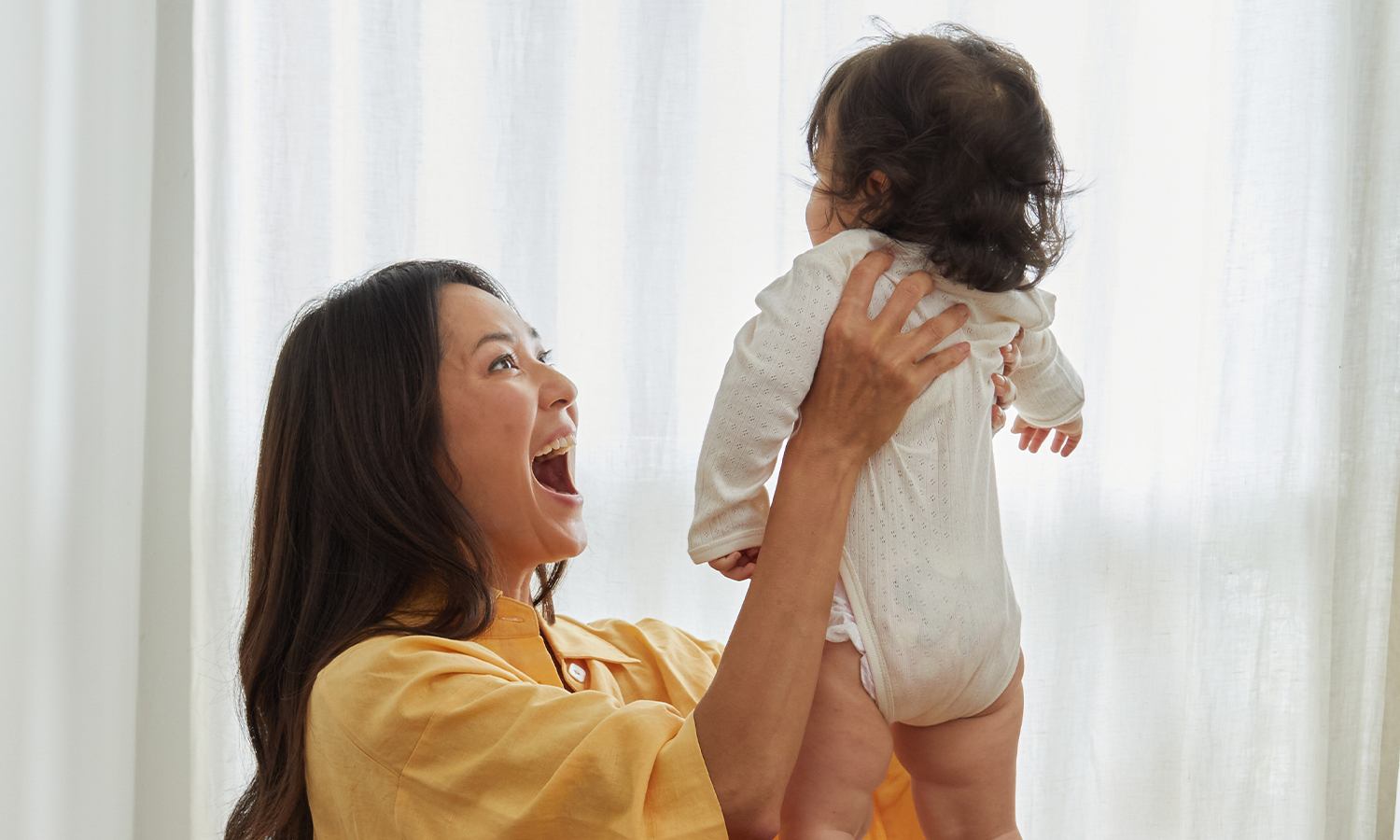 Coffee and breastfeeding: What you need to know about the potential risks

Even with all the joy, love and wonder of welcoming a newborn baby, becoming a parent is a pretty exhausting time.

Usually, you’d lean on your old friend coffee to get through the long days and hard nights.

But, when you’re breastfeeding, you might want to think twice about your daily caffeine intake. Too much caffeine can adversely affect both you and your baby.

While drinking coffee is safe when breastfeeding, there are a few recommendations to follow.

We've covered all the important questions around caffeine while breastfeeding, so you can still have your beloved morning cup of Joe.

Can you drink coffee while breastfeeding?

Let’s dive right in with the good news: you can drink coffee when breastfeeding.

The reason many mothers choose to cut back is that too much caffeine can negatively affect the baby. But, only small amounts of the nutrients you consume will be transferred through your breast milk.

It’s estimated that around one per cent of maternal caffeine consumption goes into breast milk.

It happens around 60 minutes after you’ve consumed your coffee or other caffeinated food and drink.

On average, it takes caffeine three to five hours to metabolise for a healthy adult. All of this is good news for a few reasons:

With such a small amount of caffeine transferring to your milk supply, it’s unlikely to have a big effect on your baby.

If it is super important to avoid breastfeeding with caffeine in your system, you can try timing your feeds.

After you’ve had coffee, you have up to an hour to feed before it reaches your breast milk.

If you miss that window, you’ll most likely have metabolised the caffeine within three to five hours.

Do you need to limit caffeine while breastfeeding?

Most health professionals do recommend cutting back on caffeine while you are breastfeeding.

According to Food Standards Australia New Zealand, the recommended daily intake of caffeine is 200mg for pregnant and breastfeeding women.

To put that into context, for most healthy adults the upper limit is 400mg per day. So, you can think of it as cutting your consumption in half.

You’ve probably noticed that people handle caffeine differently. While some can down four cups of coffee a day, others prefer to stick with one or two.

This is because we all metabolise nutrients at different rates. If caffeine has always had a strong effect on you, you might consider dropping below the 200mg limit.

The best way to assess if you’re having too much caffeine is to monitor yourself and your baby for negative side effects. You can also ask your doctor or midwife for advice.

What if you struggle to restrict your diet?

If possible, the World Health Organisation recommends exclusive breastfeeding for the first six months of your baby’s life because of the health benefits both now and into adulthood.

Since the things you eat can affect your breast milk, many new mums decide it’s best to restrict their diet.

But, not being able to enjoy the diet you love can make it harder to continue with exclusive breastfeeding.

A study of Korean mothers explored how restricted diets made it harder for new mums to continue breastfeeding for six months.

Women in the study were avoiding four to five foods on average, with the most common being caffeine, spicy foods, cold foods and raw foods.

The reasons to avoid these food groups were often vague or not scientifically backed. More than one-third of women in the study found it difficult to restrict certain foods and it made it less likely for them to continue breastfeeding.

If cutting out coffee is making you want to stop breastfeeding, consider whether it’s worth the effort.

Drinking coffee is typically safe while breastfeeding, so why give up on the things you love?

Restricted diets are just one reason women find it hard to continue breastfeeding.

In Australia, 90 per cent of new mums initiate exclusive breastfeeding but only 15 per cent continue up until five months.

Kin’s Breastfeeding Essentials has been designed to tackle the common issues — like discomfort or leakage — to make every mum's breastfeeding journey a bit easier.

The kit features The Nipple Balm, which helps with chafing, dryness and pain, while also helping to build skin elasticity.

There are also reusable Breast Pads, which absorb any surprise leaks while remaining delicate on sensitive and sore nipples.

How much caffeine is in coffee?

By now you know that 200mg is your daily recommended caffeine intake. So, how much coffee does that allow you to have?

An espresso has around 145mg of caffeine per 50ml. Depending on the size of your espresso shot, you can have one to two espresso coffees per day.

Instant coffee has much less — around 60 to 80mg per cup. That means you could safely have two or even three cups per day.

While coffee makes up the majority of the world’s caffeine intake, there are other common drinks, foods and even medicines that contain caffeine.

An unexpected source of caffeine is over-the-counter pain meds. Caffeine helps medicine absorb faster and in turn, work faster, which is why it's often included.

Depending on the brand, there could be anywhere from 16mg to 200mg in pain medications. Check the labels or ask a pharmacist if needed.

Don’t forget to add up all your caffeine sources in one day.

While chocolate has a very low profile on its own, combined with a few cups of coffee or an energy drink and you’ll easily reach your daily limit.

It might help to keep a simple food diary to track your caffeine consumption throughout the day.

How can caffeine affect breast milk?

We mentioned before that only one per cent of maternal caffeine consumption reaches your milk. At this tiny amount, it should have hardly any effect at all on your baby.

There’s also no current evidence to suggest that moderate amounts of caffeine can affect your milk supply.

If you did notice any changes in your milk supply, consult your doctor or a lactation consultant.

Your caffeine levels are unlikely to be the cause and you should investigate further with the help of a health professional.

How can caffeine affect your baby?

Newborn babies are particularly sensitive to many substances.

While it takes a healthy adult around three to five hours to process caffeine, it can take a newborn baby up to 50 to 100 hours.

But, their tolerance also improves very quickly. By the time your baby is three or four months old, they can process it in only three to seven hours.

Various studies have reviewed the effects of caffeine on infants and most have found no significant side effects.

This doesn't mean that there are definitely no side effects but rather, they are not impactful enough to deem it unsafe for babies.

For some babies, too much caffeine can make them feel jittery, unhappy, colicky or give them poor sleep patterns.

If you notice any of these symptoms, especially in a newborn baby, you might consider cutting back on your caffeine levels to see if it helps.

But, you should also speak with your doctor as dietary caffeine may not be the culprit and they can help you with a proper diagnosis.

How can caffeine affect breastfeeding mothers?

We’ve all had one too many coffees before and found ourselves with some nasty side effects.

Everything from headaches and migraines to an upset stomach, rapid heart rate and muscle tremors.

If you’ve been having too much caffeine, these are the symptoms you’re most likely to notice.

For breastfeeding mothers, there are a few extra signs to look out for.

‍Nipple vasospasm is a condition where your blood vessels tighten and spasm. It makes it painful to breastfeed and you typically feel a sharp, shooting or stabbing sensation.

Other causes of the condition are nipple trauma — such as your baby not attaching well — or sudden exposure to the cold, so keep these in mind as well.

Many people also don't realise that caffeine can impact your ability to absorb essential vitamins and minerals.

Consuming caffeine too close to your regular meals or taking your vitamin supplements can stop you from reaping all the nutritional benefits.

It can restrict the intake of calcium, vitamin D, B vitamins and magnesium.

The biggest risk seems to be iron content, with absorption reduced by up to 80 per cent if you have caffeine within one hour of iron-rich foods or supplements.

If you're taking iron supplements, avoid consuming these with your morning coffee as it can muck with absorption.

It’s actually quite common for new mums to struggle with nutrient deficiencies.

Not just because of their caffeine levels, but because of something called postpartum depletion.

Your body is doing its best to feed and support your baby, which can mean fewer nutrients are left for you.

You can take them for up to six months after giving birth or for as long as you continue breastfeeding. Just remember to leave a gap between your coffee or tea and taking postnatal vitamins.

Should you 'pump and dump' after drinking coffee?

Pump and dump is a common term, but not a very useful practice. It refers to pumping out breast milk that may be harmful, usually because of alcohol, and dumping it rather than using it to feed your baby.

Unfortunately, pumping milk doesn’t remove any substances from your body, or your milk — time is the only way for your body to metabolise them.

If you’re really worried about the caffeine content of your milk, you can try to time your feeds or pumping schedule around your caffeine intake.

The best schedule will depend on how often your baby needs to feed.

Most breastfeeding mothers find it works well to feed or pump right before consuming caffeine and then wait a few hours for it to pass through their system before feeding again.

You might find your baby wants to feed more frequently than this and since moderate amounts of caffeine are generally considered safe for babies, you may not need to wait at all.

Perhaps your baby is reacting badly to caffeine or you’ve had some pain meds today and worry that you’ll be over the recommended intake.

No matter what reason you have, there are coffee alternatives to try.

Looking for more great pregnancy and postpartum health advice? Head to The Flow for all our articles on women's health.