No items found.
Product is not available in this quantity.
1000
1
Free express shipping on all orders 🚚‍
The Flow>What are the symptoms of low iron in pregnancy? 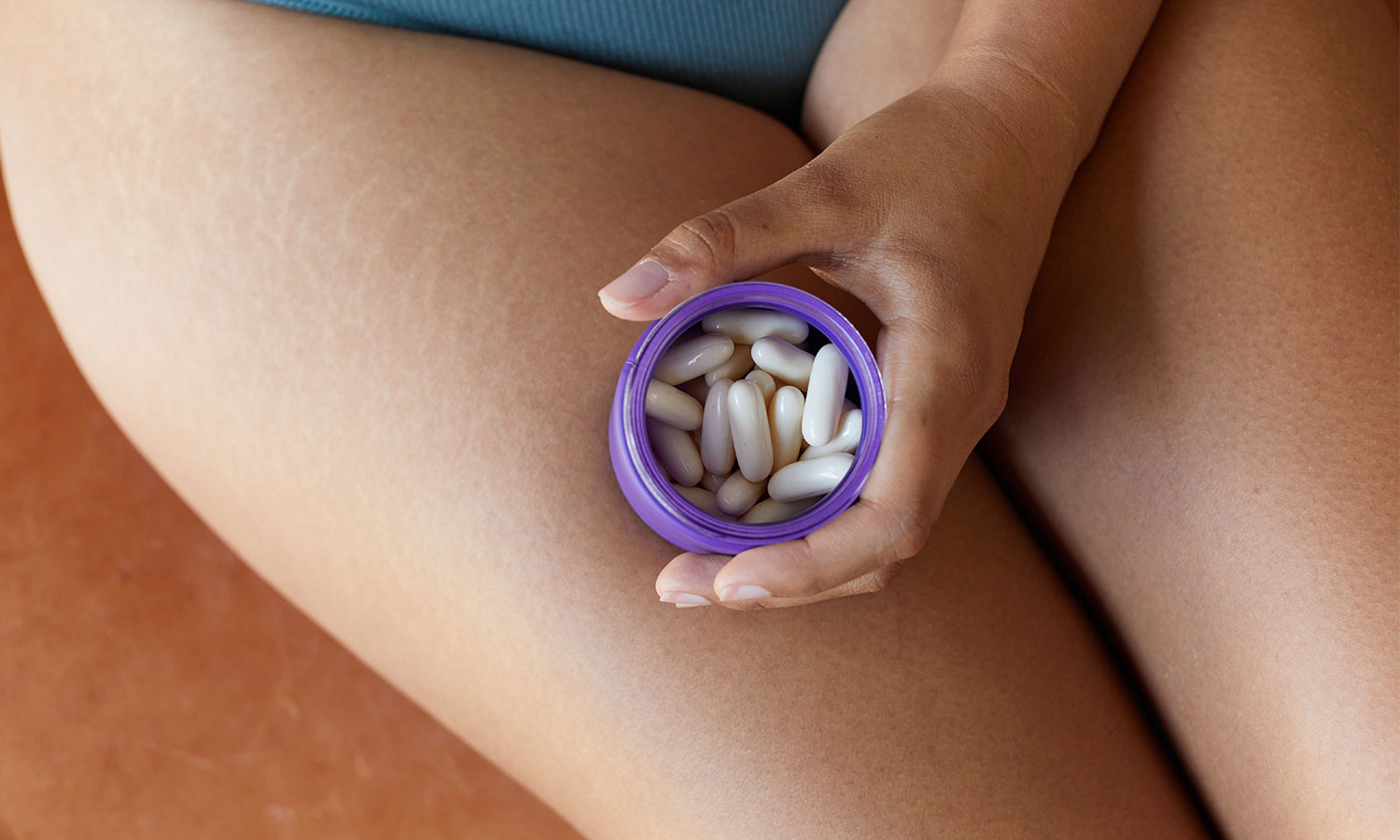 What are the symptoms of low iron in pregnancy?

Nourishing and keeping your body healthy is always important, but when you're growing a little human inside of you, it's worth paying extra attention to your health.

Iron especially plays a huge role in the health and nourishment of your baby, because of the way it contributes to the formation of new red blood cells.

Here's a wild fact: to keep up with your body's demand while pregnant, you'll need 15 to 30 per cent more red blood cells than when you're not pregnant — so anaemia during pregnancy is no joke!

As many as one in five women develop iron deficiency toward the end of their pregnancy, so let's dive into the signs and symptoms of low iron during pregnancy.

Low iron or anemia can make us feel tired and run down during any stage of our lives — but for those who are pregnant, the symptoms can be sly.

Low iron levels, also known as iron deficiency, is the most common cause of anemia during pregnancy.

It can be tricky to suspect anemia during pregnancy based solely on how you feel, simply because the signs and symptoms can overlap with normal pregnancy symptoms.

If your blood iron levels become severely low, you'll begin noticing more obvious and detrimental signs of anemia during pregnancy. These can include:

How is low iron in pregnancy diagnosed?

If you're concerned you may have low iron or iron-deficiency anemia, the first step you should be taking is booking into a trusted healthcare provider.

Your doctor should check your iron levels during your prenatal exams, but sometimes it can be missed or develop later on.

Anemia during pregnancy can be diagnosed by a simple blood test which assesses:

What causes low iron in pregnancy?

Anemia during pregnancy can be caused by a number of different things, so it's important to work with your healthcare provider to assess your needs after you are diagnosed.

There are several different kinds of anemia during pregnancy including:

Despite the most common causes of anemia during pregnancy, simply being pregnant increases your risk factors of iron deficiency by a lot. Your risk factor is even higher if your iron levels are already low or depleted for reasons including:

Thankfully, it is possible to help your iron levels by taking a supplement designed for pregnancy, like The Prenatal by Kin.

Formulated with 12 essential ingredients, The Prenatal uses a patented form of iron that is easily carried unaffected through the intestine and into the target tissues.

And, unlike other iron supplements, The Prenatal won't make you constipated, which is one less thing you need to worry about during pregnancy. Add this product as an essential to your pregnancy checklist!

Does low iron during pregnancy affect the baby?

Iron plays an incredible role in keeping your baby safe in the uterus.

Catalysing the formation of new red blood cells, hemoglobin — which is known as the iron-rich protein that gives blood its red colour — enables red blood cells to carry oxygen from the lungs to every single tissue in your body.

When you're pregnant, it also carries oxygen to your developing baby. During pregnancy, your body requires between 15 and 30 per cent more red blood cells than before to account for your bub and the extra oxygen your body needs.

In the formation of these extra red blood cells, your body needs iron a lot more than it did before you were pregnant. If you have enough iron reserves built up, you should be in the clear!

But for those who don't have high iron levels or use up their stored iron quickly, low iron during pregnancy is a real risk.

In the final 10 weeks of pregnancy, iron is the most important as this is when your baby starts building their own iron stores for their first 6 months of life.

The good news is that mild anemia during pregnancy won't likely cause any health issues or long-term concerns for your or your baby — but severe anemia can be dangerous.

Severe anemia could put your baby at risk of:

Severe anemia could put you at risk of:

Even if your mild anemia issues don't seem to be affecting you from the get-go, it's worth keeping an eye on your iron levels.

Can you prevent anemia in pregnancy?

Preventing anemia during pregnancy can be done by taking care of your body and building up your nutritional stores before you fall pregnant.

While, of course, there are always factors outside of your control, eating a healthy and balanced diet in conjunction with a prenatal multivitamin before pregnancy can make a world of a difference.

The best sources of iron in food include:

If you eat a plant-based diet, your iron requirements are higher again than non-plant-based mums-to-be. This is because plant forms of iron are harder to absorb than animal-derived forms. If you are vegetarian or vegan, be sure your trusted health professional is aware so that they can closely monitor your iron levels.

It's also a great idea to try and up your intake of folic acid when you fall pregnant. You can take these through supplements or find them in food including:

How to treat low iron in pregnancy

If you find out you are iron deficient during pregnancy, your doctor will prescribe you an iron supplement and give you diet recommendations.

It's important to note that iron levels can take a few months to one year to be completely restored, so it's always good to keep an eye on your iron levels as early on as you can.

Including iron-rich food products in your diet can also kickstart your body's production of iron. Focusing on dark green leafy vegetables like kale and silverbeet, red meat, pork, poultry, dried fruit and iron-fortified bread, cereal and pasta can do the trick.

You can also try your hand at taking vitamin C supplements or eating food that is naturally high in it including citrus, kiwi, melons, green vegetables, tomatoes and capsicums.

Taking a great prenatal vitamin is also an amazing way to push your body to create more iron. Kin's Prenatal has been designed to work as an amazing addition to your pregnancy, boosting folic acid by the way of methylated folate.

More than one in three people have an inability to absorb folic acid (thanks to something pesky called the MTHFR gene), so taking Kin's Prenatal vitamin while you're trying to get pregnant, and with child, is the way to go.