No items found.
Product is not available in this quantity.
1000
1
Free express shipping on all orders 🚚‍
The Flow>This is what it's like living with PMDD 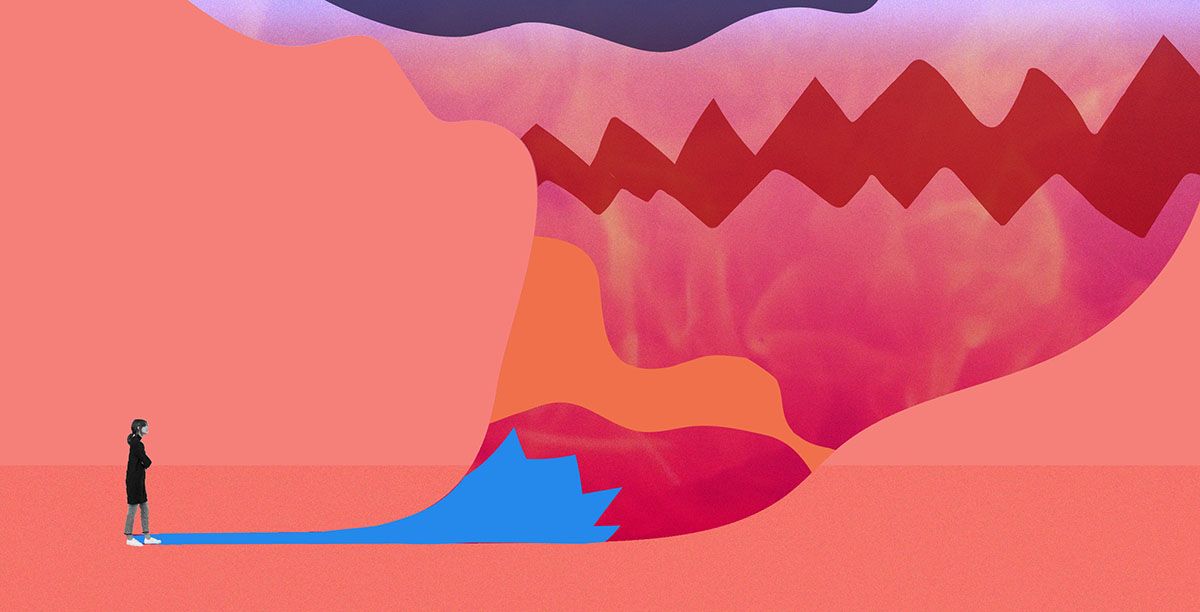 This is the mantra that runs through my mind from the minute I ovulate until the day my period finally comes.

Lose my train of thought at work? “I wish I was dead”.

Distracted from the podcast I’m listening to, TV show I’m watching, or movie I’m sitting in? “I wish I was dead.”

This is just one of the elements that sets premenstrual dysphoric disorder (PMDD) apart from regular PMS.

Years ago, I had PMS. It was unpleasant. I could be moody and snappy (being real, I can be both of those things on literally any given day), I got cramps, my skin broke out.

However, after years of dealing with chronic pain that affected my mental health and hormones, my PMS evolved into Pre-Menstrual Dysphoric Disorder (PMDD).

To describe it as “PMS but worse” is to understate the impact that PMDD can have on a person’s life each and every month. It may sound dramatic, but for me, it feels like a full-blown battle for my life while also dealing with extreme pain.

PMDD is “a very severe depression that occurs cyclically every four or five weeks,” explains Jayashri Kulkarni, a Professor of Psychiatry at Monash University who works in women's mental health.

PMDD is now officially recognised in the DSM-5 – the American Psychiatric Association’s classification system which is used widely in Australia as well – and Kulkarni says that it affects about 15% of the reproductive age group of women.

“It is very different to PMS,” she told me.

“This is a serious, major depression that occurs due to changes in hormones, particularly estradiol in the central nervous system, or in the brain. That drop in estradiol levels leads to major depressive symptoms."

“Many women describe intense irritability, hostility, anger. It can also be the neuro-vegetative state of taking to bed and not being able to do very much, that classic depression. The other thing is that often there’s a cognitive element to it. Many women describe it as “brain fog.” They just suddenly can’t think things through as they normally would.”

For many months last year, I was pretty much housebound by my PMDD each month.

In the 10-to-14 days leading up to my period I’d feel completely unable to function as a regular person. Aside from the physical symptoms and extreme level of discomfort, which would always trigger a flare in my chronic pain, the hormonal changes would be so severe that the simple act of commuting to work would be too overwhelming to cope with.

In my own life, there are too many examples of the emotional responses PMDD causes to count. It’s just a series of episodes, ranging from white hot rage that has me internally SCREAMING at a stranger for doing something completely banal, to making the simplest of tasks feel like going to war. It prompts vicious revenge fantasies for entirely harmless misdeeds that strangers have inflicted upon you.

On one occasion, walking home from work, I was listening to a podcast when I noticed a man walking nearby. I could hear his jacket rustling and, in the heightened state of PMDD, that small, usually unnoticed sound was enough to trigger extreme feelings of skin-crawling anxiety and rage.

I felt my breath catch in my throat and my chest tightening. The hair on the back of my neck jumped to attention. My jaw clenched. I made a fist, digging my nails into my palm to distract myself. “Focus on your hand,” I remember thinking. “Breathe.”

I hated that man with an anger that was physically taking over my entire body. I wanted to whip around and scream in his face and release the tidal wave of anger I could feel rising in my body onto this unsuspecting man.

The sound of a man’s jacket was enough sensory overload to trigger these thoughts.

I know I’m supposed to use mindfulness and other techniques in these situations, but it rarely helps. In moments like these, I can know what I should be doing, but somehow still feel powerless, swept away by PMDD.

When it passes, the rage dissolves into sadness and guilt. Even with the knowledge of what I was supposed to do, I was still unable to do it.

Writing about these experiences, I often feel like I’m supposed to have a happy ending to inspire hope, or to be able to tell people “see, I did the right thing and you can too!”

But the truth is, I don’t always win my battles.

Often, my emotions win. But that’s okay. As I continue therapy and practice mindfulness, I only increase the chances that my mind will win. Now it’s just about winning those battles more often.

If you or someone you know is feeling anxious, experiencing depression or thinking about self-harm, you can call Beyond Blue on 1300 224 636, or even chat via their website which is here. If you think it's a bit more of an emergency, you can call Lifeline at 13 11 14, or visit their website here. If you need immediate emergency assistance, please dial 000. International suicide helplines can be found at befrienders.org.