No items found.
Product is not available in this quantity.
1000
1
Free express shipping on all orders 🚚‍
The Flow>What to expect from your first period after birth 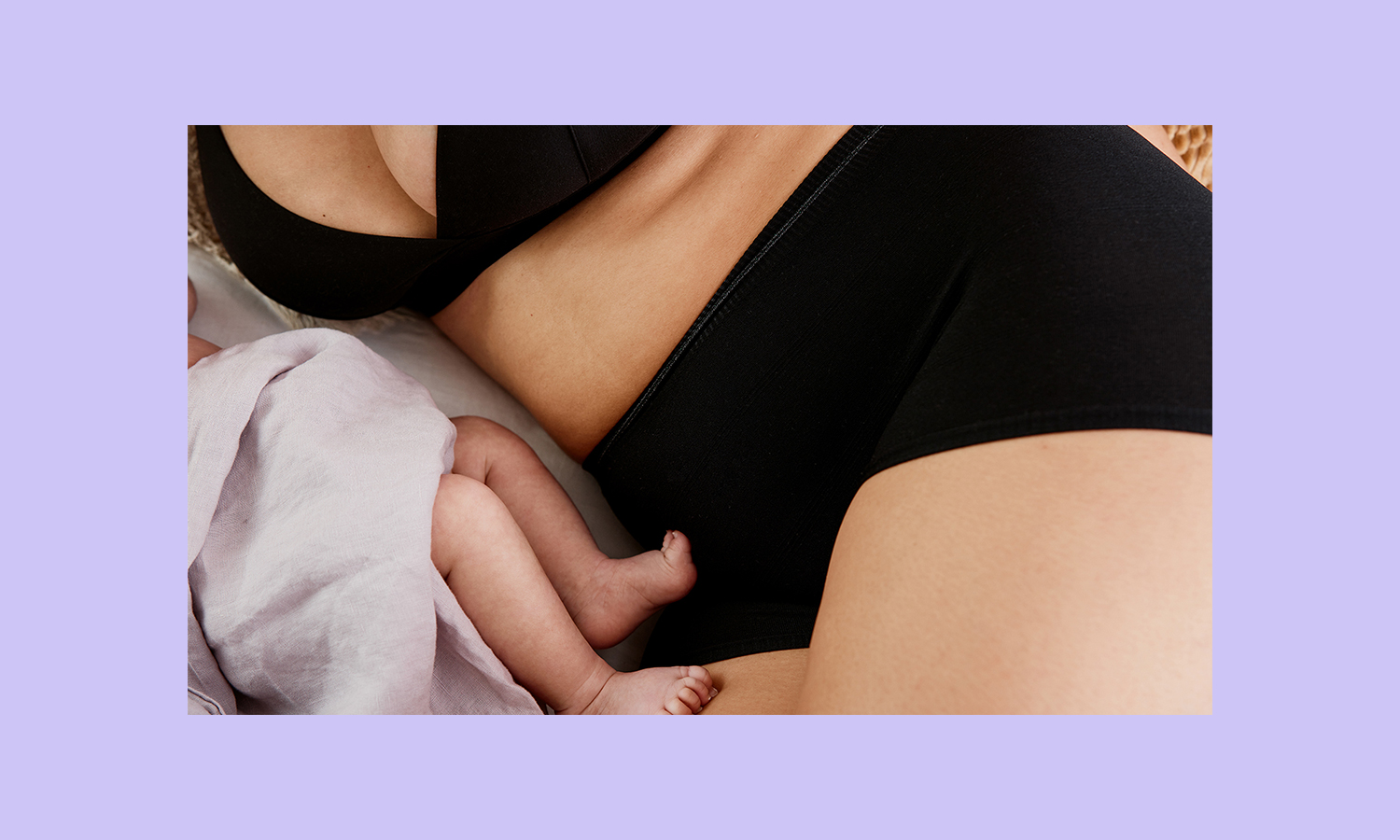 What to expect from your first period after birth

By the time you become a mother, you’ll probably be very familiar with the intricacies of Aunt Flo.

You’ll know her by symptom, by colour, by regularity (or irregularity, in many cases), by hormone changes, what normal cramps and cravings she’ll give you and what particular baggage she’ll unpack upon her visit, from breakouts to a short fuse, to an unquenchable urge to sob over animal rescue videos on YouTube.

Your period is yours, after all, it happens in your body, and no one knows your body better than you.

This is why your first period after giving birth can be confronting! Everything that you’re used to from your pre-pregnancy periods can be replaced by new symptoms, new discharge, and new and unpredictable timelines.

So, how do you navigate the bleeding in those first few weeks, and what about that first period after pregnancy?

And, what can you expect in the weeks and months that follow?

Before experiencing your first period after pregnancy, you’re going to have some post-birth bleeding.

This generally occurs over the first two or three days after birth and it often seems like a heavy period, both in discharge and in some pretty serious cramps.

This is a natural part of the postpartum process where the body seeks to get rid of the used uterine lining from the uterine wall, blood and tissue, and shrink the uterus back down to pre-birth size.

Over the following days, it’ll lighten up, both in the amount of blood and in colour, changing from bright red to a brownish-pink, before finally, the blood will give way to a creamy vaginal discharge called lochia.

This discharge can be short-lived, or it can continue for about six to eight weeks, by which point you have a one-in-three chance of your period returning.

How long does it usually take for periods to return after birth?

Your period can return six to eight weeks after giving birth.

But, there are a lot of factors at play when it comes to your menstrual cycle resuming and it's more likely to start if you are bottle feeding instead of breastfeeding or have a low milk supply.

When your first postpartum period begins, it’s likely to feel different, and those differences depend on a whole host of factors such as diet, activity, and health conditions (for instance, most women who have endometriosis tend to report light and easier postpartum periods), as well as how much you're breastfeeding.

Generally speaking, you can expect to experience variations in physical changes, cramping, clotting, heavy bleeding or light bleeding, periods that seem to stop and start, and irregular periods.

Keep a record as best you can, and if you have any concerns, talk to your healthcare professional.

Things to keep an eye on with your postpartum periods

While heavier periods are a normal part of your menstrual cycle re-starting, there are also increased risks of things going wrong.

If you experience any of the following symptoms, you should call your doctor immediately:

All of the above could be signs of an infection, so seeking medical attention to ensure your (and your baby’s) safety is of the utmost importance.

How and why does breastfeeding affect your postpartum period?

We hear the term miracle of life a lot during the pregnancy and labour process, but one of the real hormonal wonders is the fact that breastfeeding can act as your body’s self-made contraception in the weeks that follow giving birth, a process known as the lactational amenorrhea method.

Women’s bodies produce a hormone called prolactin, and during pregnancy, the amount you create grows substantially to allow you to produce breast milk.

In the process of those hormonal changes, your body can suppress other hormones, in particular the luteinizing hormone that causes you to ovulate.

Unfortunately, this isn’t a full-proof contraceptive (in fact, it can be pretty unreliable), but it can have a really big impact on when you’re likely to get your first period and recommence your menstrual cycle.

When? Well, it depends on a lot of factors, from the amount of breast milk you produce and the frequency of which you’re breastfeeding as well as your age, diet (this is mostly whether you’re eating enough — peer-reviewed studies have found that height-to-weight ratios don’t impact this), and genetics.

All in all, you could get your period again at that six-week mark, even while breastfeeding, or it could be several months to a year, or even two.

All of these are normal and vary because of the natural process your body goes through after giving birth to a baby.

When your period does return, you’ll likely see more bodily changes again, in particular with your breast milk supply, and once it has restarted, you should assume you are once again able to get pregnant.

How will you know when you can get pregnant again?

Unfortunately, this is another answer that’s really going to depend on you, your body and, of course, your sex life.

At the end of the day, it can be really difficult to tell when you’ve started ovulating again.

In a peer-reviewed study, The Use of Breastfeeding as a Contraceptive, it was reported that up to 80 per cent of women ovulate before they have their first postpartum period, meaning using your period to track your cycle in those first few months after giving birth isn’t necessarily the best gauge of your fertility.

In that sense, if you’re wanting to avoid another pregnancy for the moment, or you're hoping to re-regulate your periods, it’s a good idea to start thinking about contraception again sooner rather than later.

When can you start birth control again after having a baby?

Given you’re generally fertile two weeks before your period, and knowing that your period can return from six weeks after giving birth, the Department of Health Victoria and the Royal Women’s Hospital suggest starting to use contraception again from three weeks after the birth of your baby.

What this looks like will vary from person to person, but safe forms of birth control for mothers in the postpartum months include:

Before you start having sex or using contraception again postpartum, you should always talk to your doctor and your partner and work out what’s going to be best for you, your body, and your baby.

Lethbridge, D. The Use of Breastfeeding as a Contraceptive, JOGNN: Scientific Journal of the Association of Women’s Health, Obstetric and Neonatal Nurses, 1989

After Birth – Care of the New Mother, Mater Mothers’ Hospital