No items found.
Product is not available in this quantity.
1000
1
Free express shipping on all orders 🚚‍
The Flow>Postpartum bleeding: What is considered normal and how long does it last? 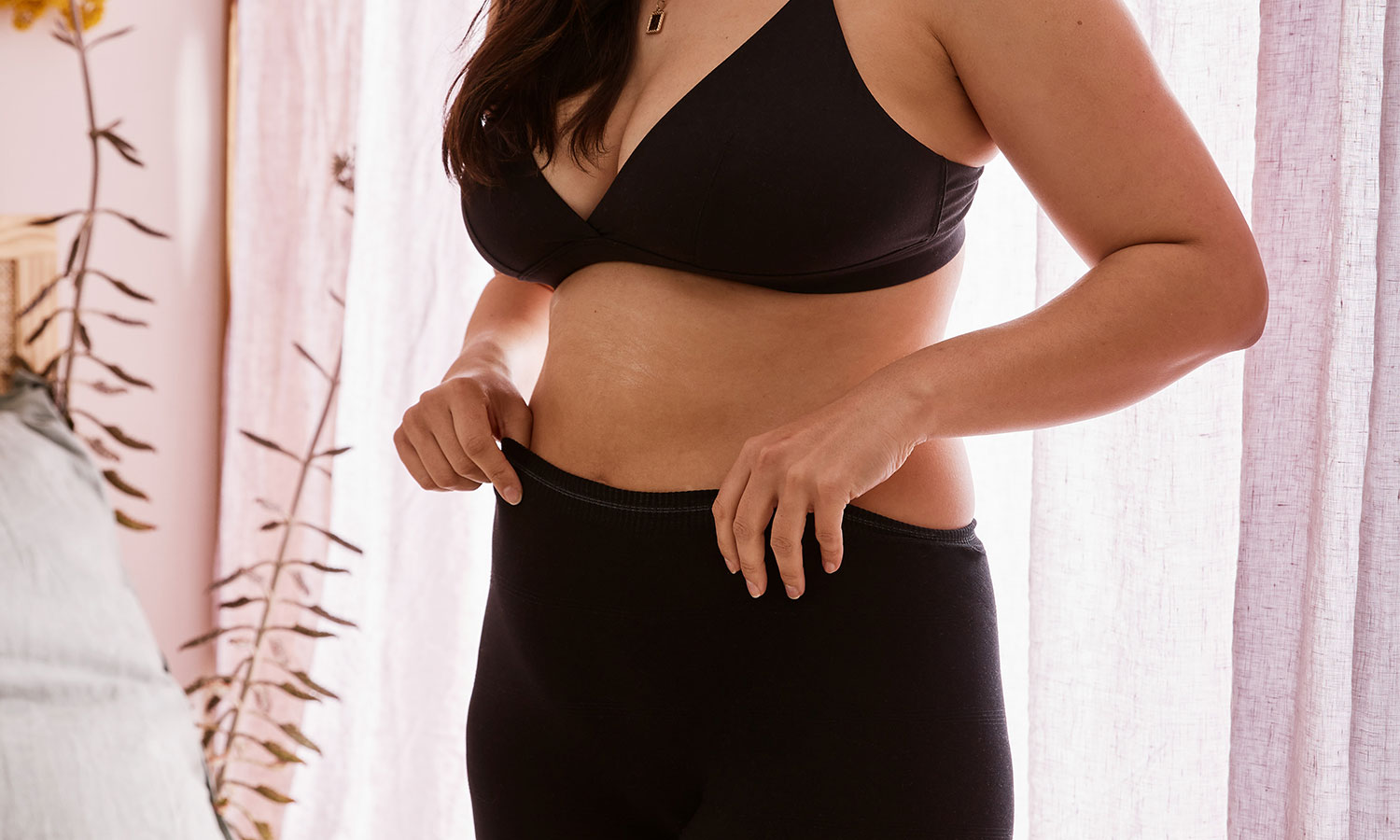 Postpartum bleeding: What is considered normal and how long does it last?

Our bodies work so hard for us during pregnancy to support new life.

We're told about all the symptoms, aches and changes you're likely to expect during each trimester.

But once your baby arrives, your bodies can go through a stack of symptoms that might be confusing and even confronting.

While every pregnancy and birth will be different, here's what we know for sure: Everyone who gives birth will experience postpartum bleeding.

The biggest thing to remember is that vaginal bleeding after birth is a healthy part of your postpartum journey and won't last forever.

But it's important to know what is and isn't normal when it comes to postpartum bleeding and when to seek extra support.

What is postpartum bleeding?

After you give birth, it's completely normal to experience postpartum bleeding.

No matter what type of birth you've had (whether it's vaginal or caesarean delivery), you will notice some level of bleeding after birth.

This bleed after birth is known as lochia, and is a discharge that looks similar to our menstrual period.

Your lochia after birth contains a mix of blood, pieces of your uterine lining, mucus and white blood cells.

In the first few days after birth, you'll notice your lochia is bright red in colour and might feel like a heavy flow day.

Over time, your bleed will change to a reddish-brown colour and your blood flow will slowly decrease before stopping altogether.

Lochia is caused by your uterus shedding and replacing its lining after you've given birth.

Then, your uterus works to contract and squeeze these bleeding vessels shut (a process that can take roughly seven to 10 days).

Your uterus then begins to heal and the bleeding will usually start to slow down.

If you notice your postpartum bleeding smells bad, you're not alone. In most cases, your lochia will have a stale, musty odour (similar to menstrual blood and discharge).

But, if you notice a strong foul smell combined with fever, chills and even abdominal pain, make sure to speak to your doctor.

This can be a sign of maternal sepsis (a serious bacterial infection of the uterus), which typically occurs in the first few days after giving birth.

While this infection can be treated with a course of antibiotics via intravenous, you'll usually need to stay in hospital until the infection has cleared.

How long does postpartum bleeding last?

For most people, heavy bleeding will happen in the first 10 days after birth. But, if you're wondering 'how long do you bleed for after birth?', this answer can vary.

Over time, your lochia will change from a bright red to a lighter pink and then finally a yellowish-white discharge.

How long does bleeding last after birth if breastfeeding?

What we do know is that breastfeeding immediately after birth increases our levels of the hormone oxytocin.

This hormone is what kick starts the flow of milk to your breasts.

Plus, oxytocin can cause uterine contractions (which may be able to slow the rate of your postpartum bleeding).

But without conclusive evidence and thorough research, it's impossible to say if breastfeeding is a practical way to stop postpartum bleeding sooner.

How much bleeding is normal postpartum?

There is still plenty of research to be done to quantify what is a 'normal' amount of postpartum bleeding.

The biggest thing to remember when considering how much blood is normal is this: Your bleeding should get better, not worse, over time.

The first few days after birth are when you'll experience your heaviest bleeding.

This should be manageable with hospital pads and should start to decrease to the level of your typical period flow over the next week or two.

The difference between postpartum bleeding and a postpartum hemorrhage

However, it's important to know what isn't a normal level of blood loss and when you might be experiencing something more serious, like a postpartum hemorrhage.

Research tells us that roughly three to five per cent of mums will experience a postpartum hemorrhage.

This occurs when you lose more than half a litre of blood in the first 24 hours post-birth. Plus, it's important to know that a hemorrhage can occur anytime within the first six weeks after birth.

When it comes to a postpartum hemorrhage or abnormal levels of postpartum bleeding, the key signs to watch out for include:

In most cases, this is caused by your uterus not contracting properly (causing large blood vessels to continue bleeding).

If you notice any large clots or unmanageable levels of bleeding, seek medical attention immediately from your health professional as you may require a blood transfusion or surgery.

If left untreated, a postpartum hemorrhage can be life-threatening, so it's best to call your doctor and act as soon as possible.

Wondering what to expect when it comes to postpartum bleeding? Let's run you through what the first few weeks of bleeding are likely to look like.

By around day seven to 10, you'll notice your lochia change from a bright red to a darker brown-red shade.

You might notice a few small clots and you'll likely soak through absorbent maternity pads every few hours.

By week four, you'll likely be transitioning to lighter bleeding. By now, your lochia will no longer be bright red but a lighter pink shade.

Plus, you should be able to use fewer maternity pads and may be able to transition to normal a sanitary pad.

For most people, the lochia will have slowed down considerably by week six and should now be a yellow or white-coloured discharge.

Some people may continue to experience small amounts of light bleeding or spotting up until ten weeks postpartum.

While your bleeding should slow down and decrease over time, you might notice times when your postpartum bleeding is stopping and starting again over several weeks.

That's because during the first six weeks post-birth, you don't stop bleeding entirely.

Instead, you might notice your lochia increase in volume or even return to the bright red bleeding you experience in the first week after giving birth.

So, was makes your bleeding after birth stop and then start again? While there are a few reasons, some of the most common causes include:

If you're unsure whether you're experiencing normal lochia or if you spot any very large clots, make sure to speak to your doctor to get the all-clear.

How to stop postpartum bleeding faster

While the lochia flow will slow down over time, there are some strategies you can try to stop this bleeding sooner.

Steer clear of hormonal contraception during the first six weeks after birth, as this can cause spotting to occur.

As we mentioned, breastfeeding may be helpful in speeding up the recovery of our uterus (however the data is inclusive as to how much of an impact breastfeeding will have).

Ultimately, patience is the best tactic as your body will recover and your blood flood will stabilise in its own time.

When to seek help for postpartum bleeding

As we mentioned, things like a postpartum hemorrhage can be incredibly serious. So, here are a few important warning signs to watch out for in the days and weeks after delivery:

You know your body better than anyone else. So, if something doesn't feel right reach out and seek support from your doctor or health professional.