Login
1000
1
The Flow>Lifestyle and Male Fertility 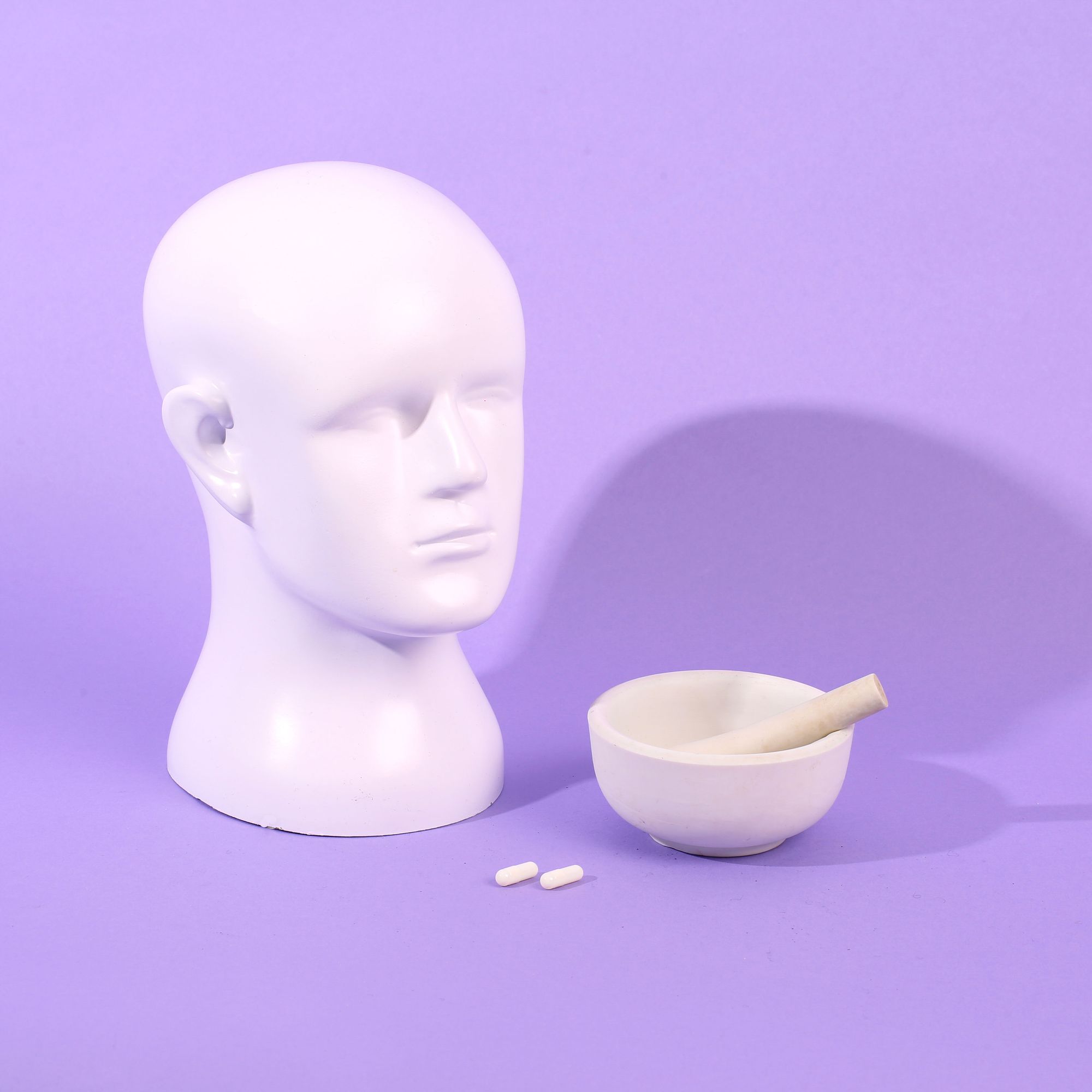 👱‍♂️The other side of the equation

Sperm; a woman's egg needs it- especially if it wants to live out its dreams of becoming an embryo.

While fertility is often discussed and put into context as a woman's issue, it's actually as much about the guys as it is the gals.

Let these stats sink in for a second:

So, optimising our chances of falling pregnant is a team effort.

At the end of the day, male's fertility is measured by the capability of his sperm being able to fertilise a woman's egg.

Unlike women - who can't reclaim their eggs once they're gone - men produce new sperm every day.

But men shouldn't take this for granted - they still have to keep their sperm health in check.

How do they do this? Keeping their lifestyle in check.

⚖️ The numbers on the scale matter

We love to embrace a dad bod and we envy the guys with superhuman metabolism where they can eat anything they want and never put on weight.

Being over or underweight is still as important for a man's reproductive potential.

A good indication is to check your BMI, which is the number calculated by considering your weight to height ratio.

Use this BMI calculator. All you need is your current weight and height.

So, what BMI level is considered optimal for male fertility?

When a man has too much body fat, it affects the sperm's morphology which in simpler terms means the sperm's DNA and how it looks.

Why does this matter? It can increase the risk of miscarriage and infant growth.

Similarly, men's sperm with not enough body fat can also be impacted.

When a man gets his body into shape, his sperm benefits too.

Moderate levels of cardio and strength training has been shown to increase sperm quality.

So yeah, it's time to lift.

But before he goes hard out; remember everything in moderation because too much heat on his balls can actually cook his sperm. 🔥

Sounds graphic, but excessive exercise is no good for anyone - especially when we're talkin' sperm count and quality.

And when we say excessive, we're talking heavy endurance training like biking for five or more hours per week.

And another thing: steroids.

Steroids can increase the risk of becoming permanently infertile. 😲

Where a man can really run the risk of permanent damage is prolonged use of high doses. If he quits the juice, it can take up to a year for sperm production to return to normal as well.

🥑 Food for your swimmers

It's pretty obvious that a healthy diet (which avoids processed foods) is going to be far better for your fertility than a diet full of delicious, greasy junk food.

And studies have proven that his semen qual' is going to be far more superior when he embraces a diet full of fruits, veggies, fish and low-fat dairy products.

Basically, anything balanced and healthy.

We know, nothing exactly new. So instead, let's focus on some foods he can eat more of to get supercharged swimmers! ⚡️

The secret? Antioxidants.  Consuming more foods rich in antioxidants can reduce the oxidative damage that sperm is susceptible to.

These foods are swimmer winners 👇🏼:

If he struggles eating some of these foods and can't get enough nutrients from natural food sources, then you can also get a male prenatal pill! It will be able to help him fill these antioxidant gaps in his diet.

And foods to avoid?

Well, there have been studies that have shown soy foods to decrease sperm count in males. But, not enough to have a strong impact on fertility rates. As always, moderation is key.

Turns out when a man is stressed, his sperm suffers too.

Research has shown that stress can reduce your testosterone hormones, which play a vital role in the production of healthy sperm.

His fertility is also heavily impacted when he's experiencing severe depression. And depression takes further toll on his sex drive, ability to get it up and not being able to ejaculate.

It’s a lot to handle.

And, we know men are notoriously bad at seeing a doctor and asking for help.

But, if you know a guy that needs some help, our friends at Pilot get it (💙) and have developed a simple, convenient and discreet way to access help.

They’ve also written a bunch of helpful mental health guides for when he needs a bit of man-to-man advice.

If he needs professional help, we’ve partnered with LYSN, where he can access Australian psychologists online.

🚬 Put down the butt

We've been warned about the deadly impacts of smoking, and the links with cancer. But has he considered whether his daily durry could be negatively impacting his fertility?

Spoiler alert: it does.

Cigarettes are made with harmful chemicals, the same chemicals that can impact the sperm's quality, ability to swim and how it looks.

On top of this, second-hand smoke can impact the quantity and quality of a woman's eggs - which is something that can't be reversed.

But with men, if they quit smoking they can still get their sperm production and quality back on track. This can take between 3-6 months after quitting.

🍷 You booze you lose

Those weekend benders might need a break by the time you’re thinking about having kids.

Drinking excessively has been shown to:

But how much is too much?

The Australian guidelines suggest no more than 1-2 standard drinks per day.

This one is going to be much easier said than done.

More than two cups of coffee per day for men decreases his fertility.

So, he's going to have to find another way to get through the arvo slump... maybe the change in diet will help with energy levels. 🤞🏼

We all wish we could still nap like a toddler. Use fertility as your excuse.

Less sleep has been found to lead to a lower sperm count.

Getting 7 or more hours per day will not only make you feel like a million bucks, but it’ll get those production lines cranking on his sperm.

🍌 Check on your mate

Guys with infections like Chlamydia, Gonorrhea or Syphilis can inherit some battle scars on his reproductive organs.

Not great for his fertility.

Left untreated, it can lead to the ducts that transport sperm to be blocked. If the ducts become blocked, then no sperm can be ejaculated.

And, these STI’s can be sneaky. They don’t always show symptoms. So, if he hasn't been tested in a while, now would be a good time to uncover any potential lingering STIs and get them treated.

If he's previously had an STI, then he may want to consider getting a semen analysis to ensure his fertility has not been affected.

We may as well face the fact that we are in deep, committed relationships with our phones.

But here’s a potential problem with that relationship...

We've all wondered at some point whether the radiation from our mobile phones do have any impact on our bodies. And the truth is, there's continually more scientific research emerging that tells us it can.

The radiation waves have been shown to decrease sperm count, affect its ability to swim and how it looks. This is especially true if it’s kept in the pocket.

And yeah, that goes for his laptop, Apple watch, xBox and tablet too.

So, if he can't put his phone down and isn't a fan of a man-bag then check out these guys who have created radiation-proof underwear. 🦸‍♂️ Disclaimer: We haven't tried them out, but please report back if you do!

There's actually a biological reason as to why his testicles like to hang low. They don't like to overheat and it's not an ideal situation for storing his sperm.

So, man has been created with testicles housed in the scrotum to ensure the sperm are kept cooler. 😎

It's like putting on a push-up bra for your balls (weird analogy). Our boobs might be able to handle it for some time but how good is taking our bra off at the end of the day?

His testicles are the same. They don't like to be pushed up and squished for long amounts of time. Plus his body warmth starts heating his balls and that can have a negative impact on his sperm count. ☄️

In fact, studies have shown that men who wore boxer shorts had a 17% higher sperm count than men who did not wear boxer shorts.

So yeah, free the balls!

Like we said, this is a team effort. Men have a crucial part to play in the fertility game too.

So why not tackle a new healthy lifestyle for the benefit of both of you? You don't have to be ready to make a baby to make these changes either.

Sometimes it's just nice to have a little extra motivation to make some lifestyle changes!

But we do think being aware about your own fertility health and knowing what the guys and gals can do to improve it, is a pretty damn good source of motivation.