No items found.
Product is not available in this quantity.
1000
1
Free express shipping on all orders 🚚‍
The Flow>Dear Dolly Doctor: We shouldn't need you 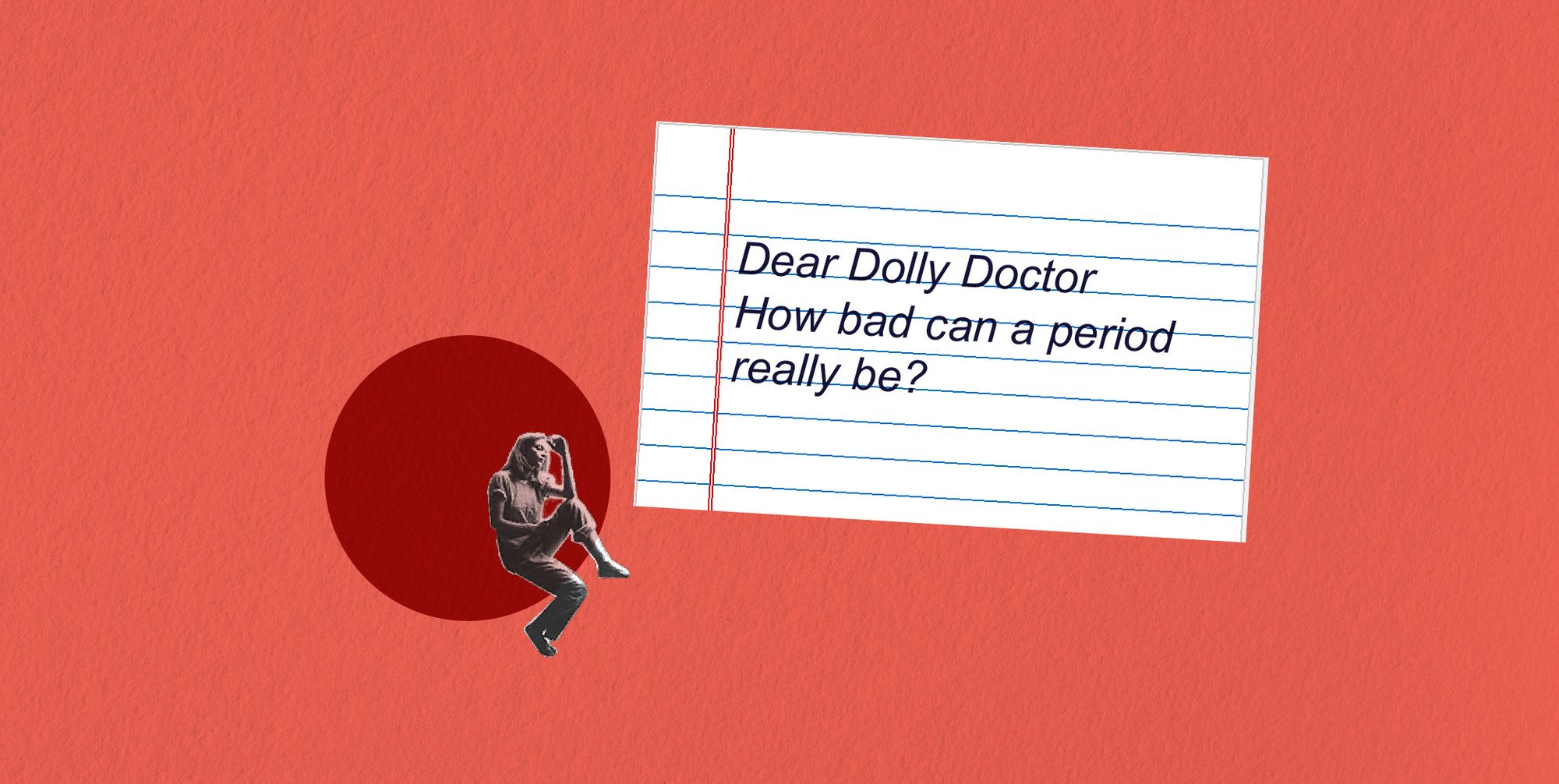 When I was young, back before we had the Internet, finding information was difficult.

When our bodies started to change and go through puberty, we couldn’t just log on and access an unlimited amount of resources like you can now. Instead, every embarrassing question you can think of is now at the fingertips of tweens everywhere.

We didn’t have that luxury. We had to walk ten miles through [insert your own relevant and local weather event] to get to the nearest computer, and it was shared by an entire school.

Luckily for us ‘90s kids, there was one place we ​could​ turn. One adult who we could ask anything, who knew everything, and who would never make us feel shame, unlike our teachers or parents. Her name? Dolly Doctor.

But in my memory, the most prolific topic and the one that most readers were embarrassed about was anything to do with periods.

When do you start bleeding? How much will I bleed? Can you pee with a tampon in? Can you swim with a tampon in? What is a tampon? I dropped tampons in front of a boy I like, I bled through my sports shorts at school and everyone saw, what is the easiest way to change identities?

I read those questions as a teenager with similar concerns about my own body, not realising that 20 years later the subject would still be affecting me in a serious way.

My period started when I was about 12-years-old. The only menstruating child out of four, with parents who worked all day in low-paying jobs to put food on the table, I was given the basics on what was going on, and how to deal with it, and then we moved on.

As I got older, my period started getting progressively harder to deal with. I finally went and saw a doctor when I was about 16.

At work one day I went to the bathroom, and suddenly thought “hmm, I think I’m going to pass out.”

I had heard from a friend that birth control could help. When I brought it up, the doctor questioned me as if I was making up my problems to get on birth control for sex, which couldn’t be further from the truth. He then steered me away from it, telling me that heavy flow during periods is normal. So off I went for the next 10 years, assuming what I was going through was standard.

During those years, my life was fully disrupted ​every single month​. I would have my period for seven days, and it would be heavy for four of those days. At its heaviest, I would be using a tampon ​and​ a pad at all times. I would soak through a super tampon every single hour. I would have to sleep on a towel, knowing that a leak was inevitable. I would often have to cancel doing anything that meant leaving my house. I kept tampon companies in business.

This was my life for a long time, until I went back to the doctor because it was becoming untenable to live that way. I got on the pill, which only helped a little bit, but each time I saw a doctor they were dismissive of it, talking about how it wasn’t uncommon and never quite understanding the extent of what was going on. It’s just a period, how bad could it be?

A few years later, after I had moved to Sydney, things started to get dramatically worse.

My period got to the point where as soon as I put in a tampon it would be soaked through. At one point I was standing in my partner’s bathroom, crying hysterically as palm-sized clots fell out of me. I couldn’t leave the bathroom, let alone the house. If it’s gross to hear about, imagine how gross it was to happen. At this point I went to a new doctor. He was much better than usual, but still extremely slow to act. He sent me away with a plan to come back in a few weeks to do some tests.

In the meantime, my body decided it had taken enough. At work one day I went to the bathroom, and suddenly thought “hmm, I think I’m going to pass out.” I rushed out of the door and I fainted on a nearby couch.
An ambulance was called, I was taken to the emergency room, and was later told that because of the years of blood loss, my iron was dangerously low. My hemoglobin levels – the stuff that carries oxygen around your body – were also incredibly low. I’m no medical professional, but to me it seems important that oxygen be carried around your body.

These numbers mean nothing to me, but a low count for women is 130, and mine was at 70. The doctor told me that she had no idea how I had even been up and walking around. That’s right, the doctor was a woman. You sexists.

I had three blood transfusions, an iron infusion, and eventually it was discovered that I had huge fibroids, which are non-cancerous growths in the walls of the uterus. I had probably had them for a very long time, and as they grew, my periods got worse and worse. It is something that could have been picked up, if any of the doctors had taken the time to investigate what was going on with me, instead of dismissing it as normal.

I realise that I should have listened to my instincts and taken stronger action soon. ​But we live in a world where we are conditioned to listen to experts, and to believe that doctors know what’s best. I am a relatively switched-on person, but as a teen I believed the doctor when he told me what was happening was normal. I went along with it because I didn’t want to be seen complaining, or perceived as weak, when everyone else was going through similar things, too.

I now try to have no shame or embarrassment around anything like this, because I know that it was shame and embarrassment that led to all of this in the first place.

The more people talk about what they go through, the more everyone can get a sense of what is normal, and what’s not. If you feel like something is wrong, if your body is telling you something, you should take note. If you can, you should try and make doctors listen to you, and if they won’t, you should find a second opinion.

Take a friend or family member with you who you know is comfortable demanding answers. Find a doctor who listens. We shouldn’t need Dolly Doctor to feel comfortable.