No items found.
Product is not available in this quantity.
1000
1
Free express shipping on all orders 🚚‍
The Flow>Domestic Violence and COVID-19: What is Australia doing to support those in need? 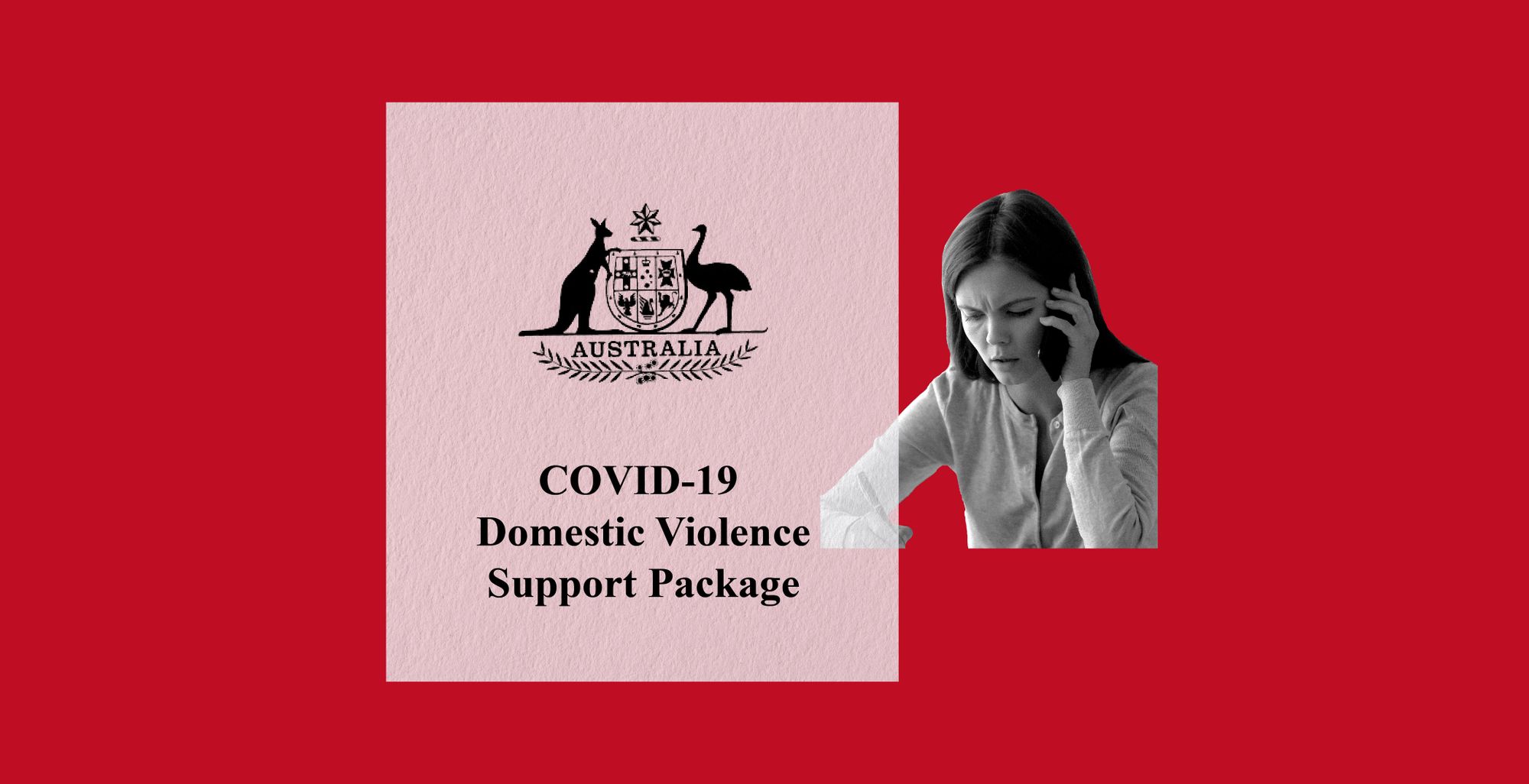 Domestic Violence and COVID-19: What is Australia doing to support those in need?

Over the last few weeks, we’ve all watched Covid-19 dramatically change how we work, socialise and manage our home lives. We’ve stayed home, bought essentials, watched everything on Netflix, and become experts on ‘flattening the curve’.

After several waves of new social distancing restrictions - and the announcement of multiple government programs to handle the knock-on effects of those restrictions - it’s easy to lose track of all the changes.

But one that’s particularly worth noting is the Federal Government’s latest $1.1 billion support services package, announced earlier this week - especially the section which funds support for Domestic and Family Violence (DFV).

What does DFV include, and what has been happening in the space?

According to Domestic Violence Service Management NSW, DFV includes “any behaviour, in an intimate or family relationship, which is violent, threatening, coercive or controlling, causing a person to live in fear and to be made to do things against their will.”

Domestic Family Violence can happen to anyone (though women and children are overwhelmingly the largest group of victims) and can take many forms. It is often part of a pattern of controlling or coercive behaviour.

This can include things like physical violence, reproductive coercion, sexualised assault, emotional and psychological abuse (which includes verbal threats of violence, threats of self-harm, blackmail, and bribery) as well as economic abuse, stalking, and technology-facilitated abuse.

Historically, DFV was seen as an issue which belonged in the private sphere and at the extremes, the criminal justice system - not the public sphere of politics and government policy.

During the 1970s, feminist activism (built partly around the creation of refuges for women to escape from violent homes) drove more attention to the issue. Over the 1980s and 1990s, Australia began to establish some data-gathering and legislative measures to understand and begin to address the problem.

Since the turn of the century, and especially in the last decade, domestic and family violence has finally been prioritised as an urgent social crisis, with a National Action Plan to eradicate DFV launched by the Federal Government in 2010.

The stories of individuals, like 2015 Australian of the Year Rosie Batty, and the contribution of powerful campaigns, like the Counting Dead Women Project, have been an enormous part of the rise in recognition of the scale and profound harms of DFV in Australia.

Though it is difficult to establish accurate numbers because DFV is drastically underreported, here are a few statistics which begin to indicate the reach of DFV:

And the enormous cost of the issue:

Why is DFV a critical priority right now?

In many ways, Covid-19 represents a perfect storm in the area of DFV.

The factors that contribute to domestic and family violence are complex, but we know that both emotional and financial stress are known to trigger and escalate DFV.

For those trying to leave situations of risk, the combination of lockdown requirements and a potential loss of separate income may act as huge blockers. For both children and parents looking to protect children, the closing of schools is an added risk factor.

The evidence so far confirms this picture: Google reports a huge increase in searches related to DFV support services, and many services are reporting an “unprecedented” effect on the level of demand.

For example, a survey of DFV services across NSW found 41.7% reported an increase in clients in recent days, 70.8% said cases were more complicated, and more than a third said women were reporting situations of violence and abuse related specifically to coronavirus.

Domestic Family Violence can happen to anyone...and can take many forms.

As the CEO of Women’s Safety NSW, Hayley Foster, said:

"It's going to be massive, there's no two ways about it. We're already seeing the start of it, but it's only going to get worse."

"We know [domestic violence] is characterised by coercive control: by isolating, monitoring, surveilling their partners… This sort of thing is only going to get much worse when in our response to COVID-19, we are directing people to be locked in their homes with their abusers."

"It's horrific. It's horrendous. Perpetrators have actually used COVID-19 as a form of abuse, telling their partner that they have the virus therefore they can't leave the house… Inviting people into the house where the woman is self-isolating, saying that the visitor has COVID-19 and he's going to infect them.”

What DFV programs does the government’s package fund?

The package puts $150 million towards supporting organisations working in the DFV space. The package will add funding to programs currently funded by the National Plan to reduce Violence against Women and their Children (launched in 2010 and stretching until 2022), including:

The package is designed to plug the funding gap until September 30, when the arrangements will be reviewed.

What else is in the package?

The package also funds programs across the areas of telehealth, mental health, and emergency relief. Essentially, the government wants to take as much of our primary healthcare online as possible.

This means expanding Medicare-subsidised telehealth services for all Australians, with extra incentives to GPs and other health practitioners to engage in bulk-billing and to stay open for face-to-face consultations where telehealth isn’t appropriate.

Finally, a further $200 million will go to support charities and other community organisations which provide emergency and food relief as demand surges as a result of coronavirus.

Will this boost in funding make a difference?

However, we can’t say yet whether this will be enough.

Due to widespread underreporting of DFV, it’s hard to put accurate numbers on the prevalence in normal times, and even harder to estimate the number of people who will need support in this heightened period.

In a system in which many support services are already overstretched and under-resourced, this funding will have to absorb a huge increase in the numbers seeking help. This package contributes $150 million - which goes on top of existing federal funding ($840 million since 2013), and state-based funding, such as Victoria’s $2 billion 2017 commitment to funding all 277 recommendations of the Royal Commission into Family Violence. But given the state of the system beforehand and the unknown length of the Covid crisis, we will have to keep monitoring to understand whether more needs to be done.

Where can I get help?

If you need to seek support, there are a range of domestic and family violence support services you can reach out to: