No items found.
Product is not available in this quantity.
1000
1
Free express shipping on all orders 🚚‍
The Flow>How to (not) be productive during a pandemic 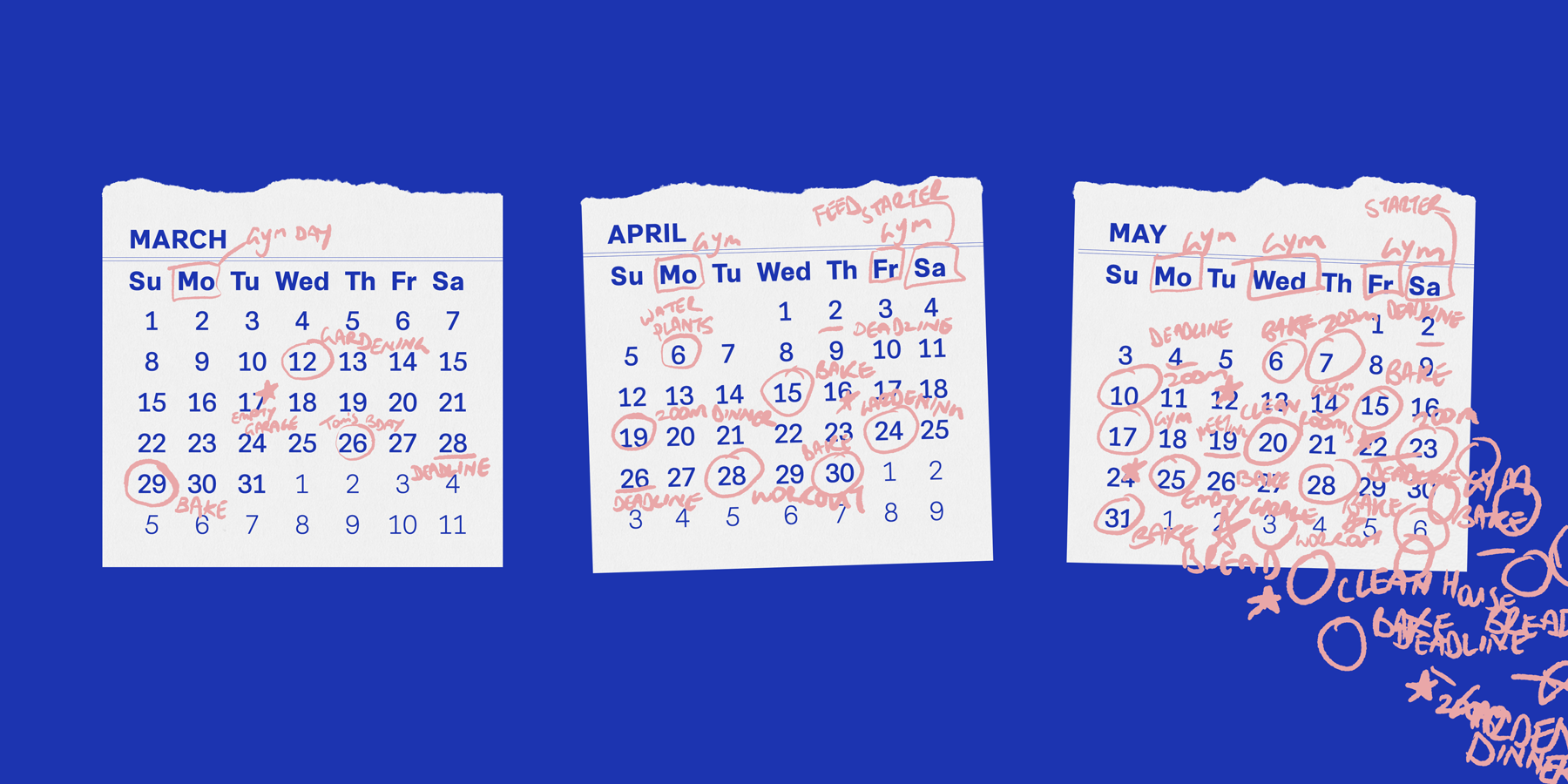 How to (not) be productive during a pandemic

How’s that novel going? You know, the one you’re writing, now that you have all the time in the world thanks to the pandemic sweeping the globe?

How about that new hobby you’ve picked up? The language you’re learning? The spare room you’ve finally sorted out after years of meaning to?

Oh, and what about all the balanced, healthy meals you’re cooking? The rigorous exercise routine you’re undertaking?

If you’re anything like me, you are achieving approximately none of those things, despite the fact there’s a hell of a lot of pressure to do so.

As the world headed into lockdown and thousands of us started working from home, there was a proliferation of posts online about how much everyone was going to get done – Shakespeare wrote King Lear ​in quarantine, after all!

The idea that we’d have so much extra time was so potent that even I, a freelancer who has already been working from home for over a year, found myself inadvertently making a mental list of the things I could achieve in isolation. In reality, my daily routine hasn’t changed at all – other than, you know, the addition of several interruptions an hour from my husband, who isn’t usually at home during the day. Plus there’s the fact that I now spend about 18 waking hours online instead of my usual 16, with that extra time spent obsessively checking news about the pandemic and subsequently spiralling into despair.

Yep, I have less ​free time than I did before – and much, much less mental energy.

At a time when I’ve become the sole earner in my household as a result of the pandemic, I’m getting nowhere near my usual level of work done – and I’m not exactly excelling at any hobbies, either.

Meanwhile, I scroll through Instagram and my feed is full of people knitting, exercising, baking, and most especially sourdough-making. It may not be the case, but it feels as though everyone else really does have extra spare time. And they’re using it effectively! As part of a generation whose sense of self-worth is so intrinsically linked to productivity, it can be hard not to feel like a failure. Like I’m not doing enough​.

Be gentle with yourself, and keep your expectations fair.

Psychologist Jocelyn Brewer explained to me that we’re not in normal times, and the world isn’t functioning as it normally would. The systems we take for granted to live our daily lives aren’t functioning as normal – so of course it makes sense that we don’t either.

Rather than beat ourselves up over feeling unmotivated, it’s important to recognise we’re likely overwhelmed and exhausted. And all the time we’re spending online certainly isn’t helping.

“Being ‘productive’, spending our time and energy ‘well’, and striving to be our best selves is very much characteristic of online platforms like Instagram,” Brewer said.

“We might get our influence from people and brands we follow in these spaces and the performative wellness practices that are pushed out. The ‘compare and despair’ phenomenon is huge, as we constantly look to what others are doing – whether consciously or with mindless scrolling habits.”

Comparing yourself to others on social media is damaging at the best of times – and we are not ​in the best of times. Brewer suggests shifting your focus internally, and trying to process your emotions with a sense of curiosity.

“It’s valuable to develop a practice in which you can sit with your emotions and energy levels, and examine them. Notice what they are and what’s underneath them, as if you were looking at an iceberg. What might be showing up is only one part of what the big picture is.”

Instead of agonising over what you’re not achieving, set realistic goals – emphasis on the realistic​ – that you can get through each day. Be gentle with yourself, and keep your expectations fair.

“Motivation is a complex beast. Sometimes it’s easy to drum up the energy to take action, other times it’s very difficult. It’s very context dependent,” Brewer says. “I think it’s important to learn to lean into the messy middle.”

The messy middle is certainly where I’m living right now.

Some days are good and others are bad and all I can do is roll with it. Get the most out of the good days and try to minimise the impact of the bad by getting offline and doing things that help to quiet my mind. Things that aren’t monetised or commodified – because, contrary to what our culture has ingrained in so many of us, it’s okay to do things just for the joy of them and not for any other kind of gain.

We’re all dealing with a global catastrophe that’s unprecedented in our lifetimes. Worrying about productivity in the midst of a pandemic is a broken priority at best. If ever there was a time to not always be switched on and doing the most, it’s now.

When we emerge from this, our focus shouldn’t be on cataloguing how much we achieved in isolation. Because that’s when we’ll need to start the real work – of putting everything back together, and healing.