No items found.
Product is not available in this quantity.
1000
1
Free express shipping on all orders 🚚‍
The Flow>Is unprocessed grief the reason I’m single? 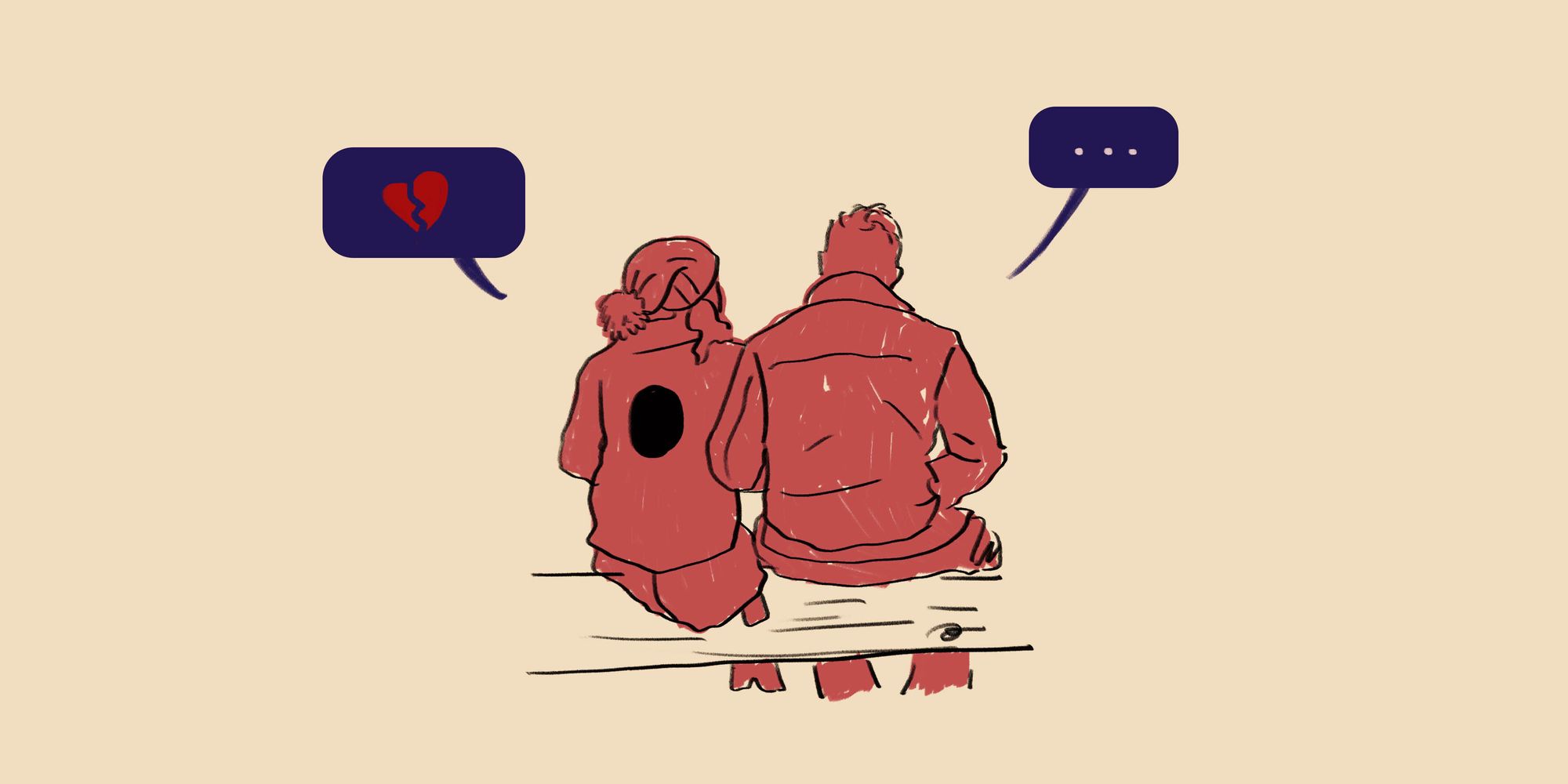 After my dad passed away five years ago, I didn’t shy away from the dating scene. It was as if I thought something, or someone, could help fill the gaping hole that his death left in my life.

The problem was that dating was a shitfight at the best of times, let alone while navigating grief and the complex emotions that come along with it.

Even just revealing that one of your parents is dead is really hard, because death is a heavy topic for anyone and any situation. But in the beginning of a new relationship, or a first date? Not a fucking walk in the park.

“People may choose to withhold the information that they have lost a loved one because they fear the perceived emotional burden of grief,” psychology researcher at The Indigo Project, Ash King, told me.

“They may think that they don’t want to ‘scare someone off’ with their baggage, or perhaps they’re just not quite ready to open up and share the story with someone new.”

I’ve absolutely lied on first dates and pretended my dad was still kicking and well – retired and living the good life.

I’m not proud of it, but it’s because there were so many unprocessed emotions I was associating with his death, like that I spent every day overcome with guilt over whether my mum was OK in our big, six-bedroom house all by herself.

There was also guilt around whether I was doing enough to help my mum and sisters through their loss, and whether I was too self-involved in my own grief to be able to offer them the support they needed. These were questions I couldn’t even answer for myself, and I sure as hell didn’t want someone I thought was hot enough to swipe right on to do that for me.

Besides, intimate details aren’t something you dish out like the loose french fries at the bottom of your Macca’s bag. Sure, vulnerability’s cool and all, but sharing deeply personal experiences with someone really needs to be earned, especially when it’s something as life-defining as the loss of a loved one.

I’m not alone in this.

A colleague of mine, Olivia, lost her mother when she was 18-years-old, and her brother only a year later. She says that while she’s never lied about her mum’s passing on a first date, the truth about her brother can become something of a grey area.

“There have been a couple of occasions where I've not mentioned my brother when I've been asked about my siblings,” she said, explaining that she often spoke about her brother in the first person as though he was still alive.

“I wouldn't suggest that,” she tells me, cautiously, “it makes conversations sticky down the line.”

She makes a point.

Leaving out, or lying about, such an important part of your life can mean beginning a relationship with an element of dishonesty. It’s tough, because you really have to pick the less-shit option of two hugely shit options. And no one wants to pick the shit option. It’s shit, you know?

There was a time when I opened up about my loss quite early in a relationship. I felt naked without even taking my clothes off - like there was a weird power shift. I felt like this person was going to draw their own conclusions on why I was the way that I was. I wondered if they were recognising (and dismantling) my defence mechanisms. It left me pretty exposed.

James, who lost his mum four years ago after a long battle with cancer, has found himself in a similar boat when it comes to dropping the D-word. “I rarely tell people,” he tells me.

“Everyone looks at you differently, whether or not they like to admit it. I'm not one to tell, but if people ask, then I will tell them. They always react like they have seen a ghost.”

It can feel pretty shit if a potential partner’s response wasn’t in line with what you might have hoped for.That being said, now I treat it as an opportunity to learn whether or not they were worth the time from the get-go.

“If your date can't comprehend or try to understand then pink flag alert,” says Olivia. “This is good to know as shit gets a lot more complicated later on.”

While some might not know how to take on the information, or feel overwhelmed, Ash King, of The Indigo Project, reminds me that many partners are “fully capable of showing up and supporting a loved one through grief, even if it’s an unfamiliar experience for them.”

Is it safe to invest feelings and love into someone who could just as easily be taken away from you? Will they know what you emotionally want or need during times like Christmas and Father’s Day? Will you be able to communicate either of those things effectively? These are all questions you have to work through.

The relationship I was in when my dad died, for example, wasn’t so easy. I felt as though my boyfriend couldn’t possibly understand what I was going through and I expected him to know what I wanted (space) and what I didn’t want (pity, comfort, smothering), without ever really communicating that to him. I don’t think it was his fault nor do I think it was mine, but I do know it was wildly destructive for us to be together.

“There are relationships that crumble under the combined weight of grief as one or each party realises that they cannot get what they need from the other.” King explains, before weighing up the other possibility as well:

“Some relationships can be strengthened, as people become closer over shared experiences and learn how to show up bravely and compassionately for one another in times of pain and grief.”

Kim, whose father passed away five years ago, tells me grief has helped her break down walls in certain relationships where they’ve gone through something similar.

“I have dated guys whose dad is also ill with cancer or has also passed away. They're comfortable enough to speak about what they're going through, or have been through, and it becomes this sad, dark thing you have in common.”

I can safely say that shared experiences with death have only been beneficial to relationships, both platonic and romantic, in more recent years.

I now know that I had to personally work through the guilt, shame and anger, which I did with the help of a psychologist and kinesiologist, before any relationship was able to stand a chance. Now, I let shared grief strengthen relationships rather than derail it, and that’s only because I’ve become emotionally stable enough to do so, not because of who’s sitting across from me.

Grieving is shit and, at times, being single is too - but they’re not always connected in the way you might think.

Having a dead parent isn’t automatically turning people away, but giving yourself the space, time, and help you need to work through that loss is gradually welcoming the right people in.

And as for filling that hole my dad’s death left in my life with someone else’s love, I don’t think that’s something I’ll ever be able to do.

And you know what?